DJ says people do not believe in his craft and it gets tougher because he is an ex convict.

Local Dj Onkabetse ‘Onks’ Manthe who invented a mobile audio selector says local radio stations, television and Batswana do not support and believe in his craft.
According to Manthe he gets turned away at most organizations because people do not believe his mobile audio selector can fully operate while others ignore his requests because he is an ex convict.
“I am just wondering why people don’t believe in my work. I approached radio and television stations so that I could showcase my invention and they show no interest so I wonder who will support me if they don’t. To get assisted I really have to fight hard,” he said, adding that it gets even tougher as most people know his background and do not want to associate with him.
He says because his mobile audio selector is a technology that requires to be upgraded frequently, he runs out of funds to keep upgrading it. “I used my own funds to develop this device and I would like to continue to invent more in the future…but my main challenge is funding. I wanted to market this product on different media so that I get more bookings that will raise funds for my company, Audio Sound but I am not getting the assistance I need,” he said.
He pleaded with Batswana to give him a chance to show that he is creative and could create employment for other Batswana in the future. “When I was in prison I thought of ways that I could make ends meet after completing my sentence. This invention was my brilliant idea and it disappoints me that people do not want to give it a chance,” he commented, saying he was always experimenting with electrical components and taught himself to invent the audio selector.
Dj Onks started inventing the mixer in 2011 and it works as a central route system sending audio signals of two different songs to two different channels and mixing the outputs to produce a final mono output mix. “There are new developments to the mixer… it can now act as a selfie stick to take pictures or videos while one is using the mixer,” he revealed. 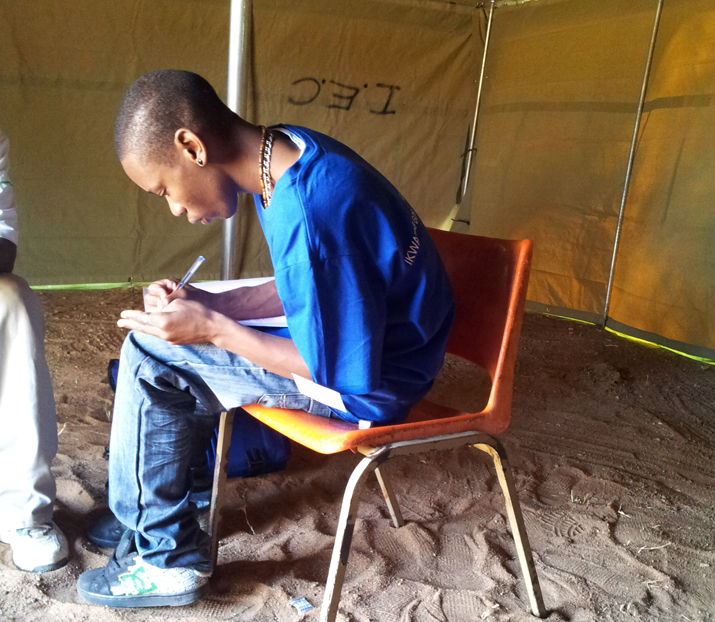