“The aim of BOMU is to look after the wealth of musicians but it is currently operating without a strategy and vision…something I am here to change.” Mmusi

Botswana Musicians Union (BOMU) president, Michael Mmusi says he is planning to transform the union by undertaking three major projects, namely Miss BOMU, Music Therapy concert and revamp the artist’s annual awards.
He says that since he took over in August 2015 he has not communicated strategies he plans to implement during his tenure to improve the image of the union.
“It is like I am hidden and too quiet as the president; I have never communicated with the arts sector about my transformation plans for the union. The aim of BOMU is to look after the wealth of musicians but it is currently operating without a strategy and vision…something I am here to change,” he said.
The first transformation plan, Mmusi says, is to rebrand the organization, launch Miss BOMU pageant, host a music therapy concert and go all out to celebrate Botswana’s 50th anniversary during this year’s awards. “I want people to start seeing the union in a different light and this will start with a new logo and look. With our projects we have engaged Gilbert PP Seagile of Gilbert Promotions to coordinate these projects and see to it that they happen and are a success,” he said, adding that in the past the union’s ideas suffered due to excessive dependence on volunteers.
With Miss BOMU, Mmusi says they will be trying to empower women and raise funds; the pageant is expected to take place before BOMU Awards. The Music Therapy Concert is a new concept that is meant to engage artists with industry issues. “We usually hear that our artists are attending workshops but we have not seen any changes…so with this project we are burying industry issues and all performing artists at this concert will be paid their worth,” he said.
Mmusi says they will also award industry players who have been disregarded during BOMU Awards in the past, “It is a celebration of our independence and everyone who has contributed to the growth of the industry will be recognized…we will try to splurge as much as we can to make the ceremony memorable.”
Commenting on the causes of controversies that usually surround the union he said, “Fights within the organization are caused by aspiring candidates who want leadership positions, something that has made us lose credibility and sponsors. No matter how hard you try to take the union further there are always those who will pull you down,” he said.
He urged artists to pay attention to who they elect into power and called for members who bring chaos to the Union to be repudiated. 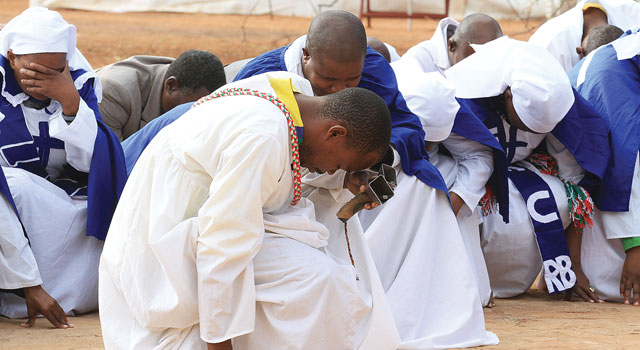