July 2, 2020 Admin
Home»Lifestyle»Culture»Botswana among the safest countries for women in Africa
Culture/Lifestyle

According to a recent research study by Afrasia Bank together with New World Wealth, Botswana is one of the top three safest countries on the African continent for women along with Namibia and Mauritius. The research findings considered protection from violent crimes such as general assault, rape, slavery and human trafficking. The results of the findings were also based on the percentage of each country’s population that has been a victim of one of these crimes over the past year (2017).
“Woman safety has become very topical over the past year, following several high profile celebrity assault cases in the US. Notably, woman safety is one of the best ways to gauge a country’s long term wealth growth potential, with a correlation of 92% between historic wealth growth and woman safety levels. This means that wealth growth is boosted by strong levels of woman safety in a country,” said Head of research at New World Wealth, Andrew Amoils.
While Botswana fares well in terms of how women are treated in the country, the research indicates that the top factors that encourage wealth growth in a country is its strong safety and security for women and children among other important factors. “In our view, countries with a good level of safety for women will outperform those with low levels going forward. In fact, the safety of women is arguably the best way to judge a country’s long-term economic prospects,” Amoils said.
The research also reveals that some of the least safe countries in the world for women include the likes of Somalia, Sudan, Iraq and Syria. Notably, most of these countries have performed poorly in terms of wealth growth over the past few years, which is probably linked to their low woman safety levels. “Furthermore, many of the migrant boats crossing to Europe had a large number of citizens
from these countries on them which shows that people are fleeing these countries in search of safer places to live,” the report findings stated.
One area of great concern that the research revealed is that out of the 195 countries in the world, only 58 have reasonably reliable crime statistics and in more than 40 countries globally, women can be arrested for even reporting being raped.
While Botswana, Namibia and Mauritius are considered the safest countries on the African continent for women, Australia was deemed the safest country in the world for women with Malta, Canada, Iceland and New Zealand rated among the top 5.
“Most of the countries in our top five are also popular destinations for migrating HNWIs (High-net-worth individual). Also, most of them have experienced strong wealth growth over the past 20 years. Big European cities such as London and Paris have become less safe for women over the past few years,” Amoils added. 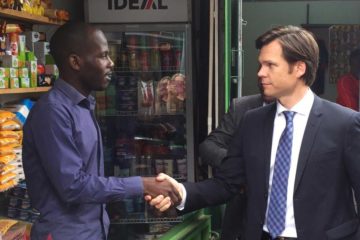