“Apart from the fact that there is a lot of talent in Botswana that people take for granted, most Batswana artists are level headed.”

Mafikeng born rapper, Dj and producer Nthibane Makgeledise better known as Lemonka has collaborated with local rapper Dramaboi in his latest mix tape titled 2247 which was released late last month.
The South African Motswako rapper says it was Dramaboi’s wit and heavy punch lines that caught his attention. “I met Dramaboi a good three if not four years ago here in Botswana at Hip Hop Indaba, and I later saw him perform at another gig still in Botswana and I immediately took notice. The kid is a rapper’s favorite rapper, he has mad punch lines and very witty,” he says.
Another reason he decided to work with Dramaboi he said was that,  “apart from the fact that there is a lot of talent in Botswana that people take for granted, most Batswana artists are level headed. This kid has been in the industry for some time now and after all this time he has managed to remain humble and that is a rare quality because where I come from a guy starts rapping for a few months and before it is even a year into his rapping career he has become too big headed and difficult to work with,” he said.
Lemonka says the album name 2247 was derived from the Postal code of his township Itsoseng in Mafikeng. He cites the theme of the album being that of trials and tribulations in a township, “The album is largely a general kasi story and those are relatable because in every country or city there is a township. We have 10 tracks in there and I have collaborated not only with Dramaboi but another upcoming but very talented South African rapper called Tatto-Lefoko who I have worked with for most of the album even in the production stage.” Lemonka also revealed that big names like Speedy, Tuks Senganga, Towdy Mac, Kb, Beng Bella, Illusion and Proverb feature in some of the tracks.
“Some of the songs to look out for are the likes of Ready or Not which features Tuks, Speedy and Proverb, There for you which basically narrates a story of someone from a small town relocating to the city only to be blinded by city lights and forget where they came from, Mmangwana which is basically a tribute to women for all that they do.” The mix tape is free and can be downloaded at slikouonlife.co.za.

Learn To Sing With Samantha Mogwe 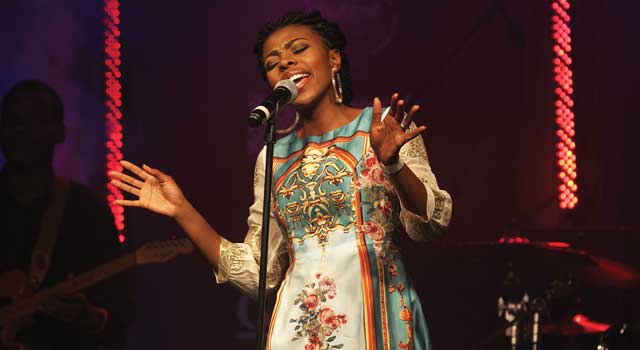