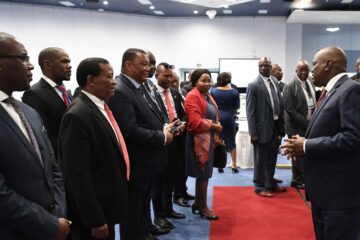 Ahead of the release of his highly anticipated new book aptly titled dear upright African, actor and writer Donald Molosi met with award-winning, world renowned writer and academic, Ngugi wa Thiong’o in Limuru, Kenya where he is currently promoting his new work his book. Molosi was one of the distinguished guests who attended a public lecture by the leading East African novelist who is currently based at St. Paul’s University.

“I spoke about my work with Prof. Ngugi concerning decolonization. His message to me was clear: Keep Going! One thing he said that stayed with me was that my fear for our disappearing African languages is valid. He encouraged me to keep this important conversation about decolonization alive. That,was a blessing from him to me as my African elder,” Molosi said.

With his new book Molosi is energizing a continent-wide conversation about decolonizing African classrooms. He declares that young Africans have run out of patience for colonized curricula because they are now aware that it fuels their disempowerment.
In 1977, Prof. Ngũgĩ wa Thiong’o embarked upon a novel form of theatre in his native Kenya that sought to liberate the theatrical process from what he held to be “the general bourgeois education system”, by encouraging spontaneity and audience participation in the performances. His project sought to “demystify” the theatrical process, and to avoid the “process of alienation that produces a gallery of active stars and an undifferentiated mass of grateful admirers” which, according to Ngũgĩ, encourages passivity in ordinary people.

“Botswana, for instance, has one of the most colonized curricula in Africa. That is a crisis. Our children deserve better than to suffer from unemployment that government creates on purpose,” said Molosi.

In Dear Upright African, due for release on February 28, 2019 in New York city. “Dear Upright African is my most ambitious work yet. It advocates for education reform and calls on African governments to preserve our African languages. Beyond being entertaining to read, the book is a manifesto for putting African history and languages in the African classroom,” Molosi explained. 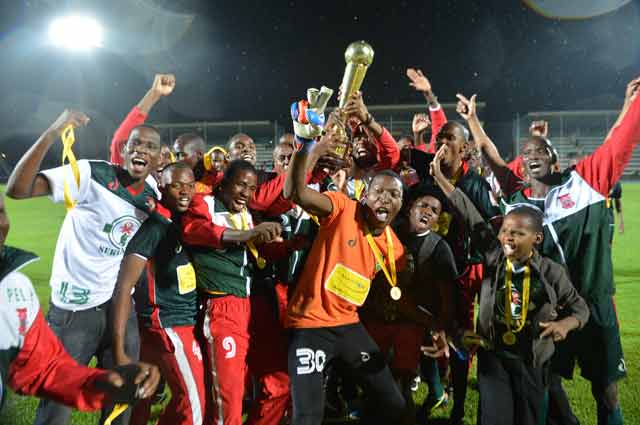