Kefilwe Monosi focuses her camera lens on unsung heroes of the COVID-19 pandemic for her photos, a sampling of
which is on exhibition at a global photo journalism initiative that has created space for the world’s untold stories in
Hong Kong. Staff Writer GOSEGO MOTSUMI reports

Local photojournalist Kefilwe Monosi has focused her camera on Old Naledi-based unsung hero Joseph Ikopeng of Mafitlhakgosi dance group for her entry in the annual The Other Hundred global initiative.
The global photography show aims to challenge stereotypes by highlighting people, places and cultures that are often overlooked by bringing together photo stories by photographers around the world. Ikopeng’s story of quiet sacrifice is memorialized in Monosi’s photo series that helps the world discover heroes of people’s daily lives and pays due homage to their sacrifice.
With more than 600 applicants, only 100 were selected for an online exhibition and from the 100, Monosi was selected for a total 50 participants whose works will be featured in the project’s first physical exhibition in Hong Kong from 28 November to 15 November 2020.
“I have always wanted to document authentic stories of my people and for my work to be chosen for this exhibition is a true validation that my dreams are valid,” Monosi said in an interview. “With my work, I want to break stereotypes that people outside Africa have about its people, especially now in the COVID-19 pandemic.”
The Other Hundred photojournalism initiative’s theme this year is “Healers” for its celebration of the men, women and children helping their communities through selfless acts of kindness and compassion during the coronavirus pandemic. Monosi’s entry shines the spotlight on local unsung hero of Old Naledi, Ikopeng, whose efforts bind the society together during a time of profound ‘non socialness’. As the founder of Mafitlhakgosi Dance Troupe, his story of quiet sacrifice, struggle and success has benefitted many in his community in the oldest of Gaborone’s most densely populated low-income neighbourhoods of largely ‘ghettoized’ inhabitants.
Monosi explained: “When I chose Ikopeng, I initially wanted to document his story of teaching young people traditional Setswana dance. When I got to sit down with him, I discovered that he was doing more than dance as he also feeds the elderly in his community and employs over 20 young people from the same community who lost their jobs as a result of the pandemic.”
Project Creator of the exhibition in Hong Kong, Chandran Nair, believes it is important for them to create a platform for untold stories because the world is filled with stories that fit a pattern framed through a narrow Western lens when the reality is more complex and impoverished. “And the economics dictate that so many more nuanced stories are untold and this has many consequences,” Nair says.
Asked about the qualities that made Monosi’s work stand out, he answered: “The initiative tries to capture acts that are not simply about giving or kind and even heroic actions performed during the course of duty. It also wants to capture sacrifice, empathy and the ways people transform despite personal challenges in order to do something new driven by a desire to help others. Monosi’s story in a simple and straightforward way depicts it but at the same time hopefully gets the reader to understand that it took something more profound to shift the mind and great effort at the same time to make it a reality.”
Monosi’s photojournalism work concentrates on social issues mostly affecting women and children as well as issues that are considered taboo to talk about in society. After following her work online, the organizers of the photo competition apprised her of the initiative and asked her to produce work relevant to the competition from Botswana.
“And as they say, the rest is history,” said Monosi. “I am currently working on my long-term project titled ‘See What I See’ that focuses on Gender-Based Violence. This time around, I am working on a series that focuses on violence against sex workers.” 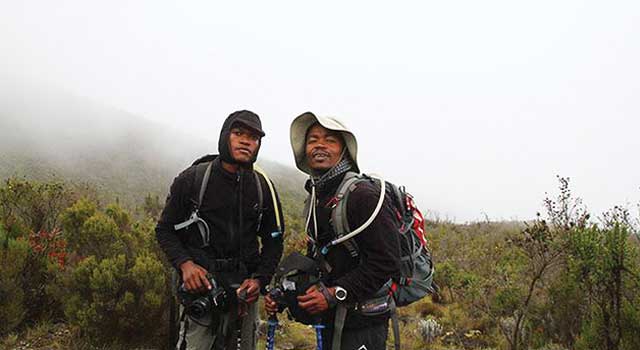