After shooting to fame as a childhood television star on Mantlwaneng, Molosiwa has solidified her place in the entertainment industry and is now a part of a series that shows audiences life under lockdown across Africa, including Botswana. Staff Writer GOSEGO MOTSUMI reports

Seldom is there an opportunity to collaborate and be a part of a pan-African production but Lady Luck was on philanthropist and creative Marang Molosiwa’s side as she recently joined the cast of “MTV Shuga Alone Together – Life in Lockdown” series.

When Molosiwa heard that the production was searching for cast members, she jumped at the rare opportunity and became the series’ first casting from Botswana. “My prayers have been answered and it is such an honour to be joining the cast of MTV Shuga that has stretched me as an actress and exposed me to a global audience,” she said in an interview.

“MTV Shuga Alone Together – Life in Lockdown” is miniseries of five minute episodes which sees characters from across Africa connect via video calls as they navigate their ‘new normal’ under COVID-19. While some focus their concerns on the more material aspects of this new lockdown life, others struggle to cope with the everyday strains of isolation, economic upheaval and life behind closed doors. MTV Shuga Alone Together delves into the untold stories of life in lockdown with themes of gender-based violence, fake news, mental health and young moms, to just name a few.

Molosiwa plays the role of Bokang, who is a young woman in the entertainment industry. Bokang went to school with Dineo, who is a character from MTV Shuga Down South. They were both at a school in Rustenburg but Bokang has now relocated back to Botswana. Bokang is an energetic and vibrant dancer/model who is proud of her sexual energy.

“Bokang and I are similar in many ways. Like me, Bokang is a performer who studied in South Africa. She isn’t too far off from my younger self. I had to channel Marang eight years ago, which is my energy, enthusiasm, and naivety. I think the only difference is that I was more measured in my approach to pursuing my dreams,” said Molosiwa.

Asked how long the character she plays will be featured in the production, she said the MTV Shuga approach follows research to establish storylines. This is done so that the audience can relate to what they see in the series. They know of times when they may themselves be a Bokang or Dineo. In the series, viewers get to see life across different African countries – real stories and real lives depicted in a fictional format. Botswana is one of these countries. The series is published via Facebook, Instagram, and YouTube on the MTV Shuga pages and will hopefully land on television as well.

“So it was important to have a character from Botswana,” Molosiwa said. “Bokang’s main messaging speaks to helping the audience make more informed decisions to safeguard and protect their sexual reproductive health and rights, education on HIV prevention methods, contraceptives, as well as support, if ever, of a survivor of sexual or gender-based violence.”

Molosiwa, who shot to fame as a childhood television star in Mantlwaneng, has since solidified her place in the entertainment industry. If she is not working on a new television show or sharing her skills as a speaker, she is with the United Nations on initiatives to make the world a better place or spearheading the initiatives through her own company, Minds for Tomorrow, and giving talks aimed at uplifting the girl child.

SADC: Regional leaders Must Fix The Deteriorating Human Rights Situation Across The Region 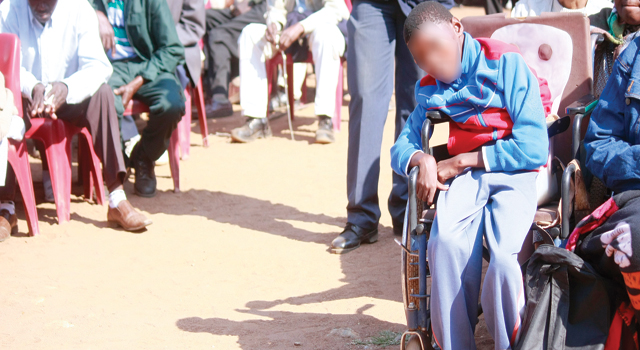