Folk jazz band Sereetsi & The Natives is leading an international collaboration dubbed
Kgalagadi Soul with Mumba Yachi (UN Ambassador for Gender Equality, Zambia) and AusTebza (Musical Director of Feather Awards 2016, South Africa).
The trio is scheduled to go on a SADC tour performing for the first time together as Kgalagadi Soul collective.
“The collective is already booked for the Kgalagadi Jazz Festival in South Africa to be held on April 15th alongside acts such as Judith Sephuma, Zonke and Ringo. Other tour dates are to be announced soon,” Sereetsi said.
According to Sereetsi, Kgalagadi Soul presents a fresh contemporary repertoire that draws from the rich rhythmic diversity of Southern Africa backed by A-list musicians from USA, Zimbabwe and Congo.
Each of the three artists of Kgalagadi Soul have garnered accolades in their home countries, including a growing international presence. Sereetsi’s music grew so much in stature that it effectively became the soundtrack for Botswana as many people continue to wax lyrical about their debut album, Four String Confessions, which spawned hits like Robete and Thaa Kokome. Zumba Yachi is one of the leading lights in the Zambian music industry, having been an inspirational act for years, with a priceless soulful delivery that has seen him collaborating on stage with acts such as Sibongile Khumalo. He pairs his powerful vocal range with an acoustic guitar. AusTebza is an amazing bassist, bandleader, composer and singer from South Africa. Her new album is creating waves in South Africa, receiving healthy airplay from radio stations across the country. The album shows off her groove, sharp compositional abilities and her polished singing chops. She remains one of South Africa’s respected bassists with clients such as HHP and Tshepo Tshola to name just a few.
Kgalagadi Soul’s backing band will comprise of musicians from Congo (Nseka Bienvenu – lead-guitar), South Africa (Bokang Kupi – keyboards), Zimbabwe (Leroy Nyoni – drums) as well as the USA (Terry Lewis – saxophone) which makes this tour a strong collaborative affair.
Moreover, Kgalagadi Soul will be doing workshops during the tour in cities they will be performing at to share their knowledge with young and aspiring musicians. The one-day workshops will see Sereetsi, whose 83 page four string folk guitar instructional book/CD was endorsed by the Botswana Education Ministry, leading the workshops.
He will teach the technique of playing a modern guitar on four strings- a tradition championed by herd boys who improvised to make a tin guitar. Mumba Yachi (Zambia) will share his experiences in the international music business scene. For her part, Austebza (SA) session musician, band leader and a woman in the tough music industry. 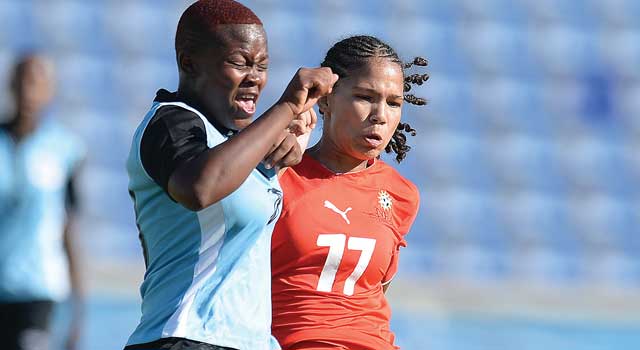