“Most artists back then were in groups. Others tried to go solo because they were told they were better than others, which usually did not end well.” Kabelo Mogwe

The years 2006 to 2010 were the golden years for the genre of traditional music. It was during those years that the music form was commercialized, seeing like Matsieng, Machesa, Culture Spears and solo artists such as Shumba Ratshega rise dizzying career heights.
The sudden rise of the genre was a point in Botswana’s music history where almost everyone seemed to be in the mood for something genuinely local, and it was thought that this period would herald a new dawn for local music, especially traditional; that would continue to hold its own against music from anywhere in the world. No one expected this period to end and fade out in the manner in which it did, so quickly.
The genre and the groups that made it golden for a time are currently in a sad state, both being in a terrible decline and free fall, not knowing where it all went wrong. Time Out recently put the question to some artists and industry players in an attempt to put the finger on the problem.
Moses Malapela popularly known as Shumba Ratshega, a giant of the genre, blamed the media for its decline, saying it had forgotten about traditional music and was focusing too much on modern genres.
“Right now we don’t even have one program that focuses on traditional music. Our music is not played on radio stations and television, they give priority to other genres…they say they can’t play our music because it is vulgar and controversial! Songs can be censored and pina ya setswana ga ena bosekelo,” he said.
While he has never stopped releasing albums himself, Shumba Ratshega says the decline in the genre is evident in its listenership and support.  “There was an overwhelming support during the days of Makhirikhiri and Batswana owned and supported our music. This support encouraged other artists to join the movement and traditional music was trending. It was during that time that we should have protected and continued to support it.” he said.
Kabelo Mogwe of Culture Spears, a group whose popularity spread into much of Southern Africa, said lack of dedication and the breakup of groups were responsible for the turmoil which afflicted the genre.
“Most artists back then were in groups. Others tried to go solo because they were told they were better than others, which usually did not end well. Others joined the movement because they believed it was a way to make a quick buck, but ended up as one hit wonders and quit along the way,” he said, arguing that Botswana’s small market could only accommodate so many artists into the genre.
Pagson Ntsie of Botswana Musicians Union says there is a general decline across all musical genres and that this was not peculiar to traditional music. Support and encouragement, he said, were the main missing ingredients from the relevant stakeholders, “The problem is, artists now don’t have support. It was easy to get sponsorship back then but now the Ministry of Youth Sports and Culture is the only support artists have, it is saturated and not enough because other corporates are doing nothing!”
It however can be concluded that even though artists decry lack of support for their craft and raise other legitimate concerns, it is undeniable artists in this genre at some point stopped being innovative. In the period following the decline of the genre, everyone wanted to sound like Matsieng, Shumba Ratshega, Gong Master and Culture Spears. It is now left to the godfathers of the genre and its innovators to give it its renaissance because while they do not say it openly, many people are pining and hoping for the rebirth of commercial traditional music of Botswana. 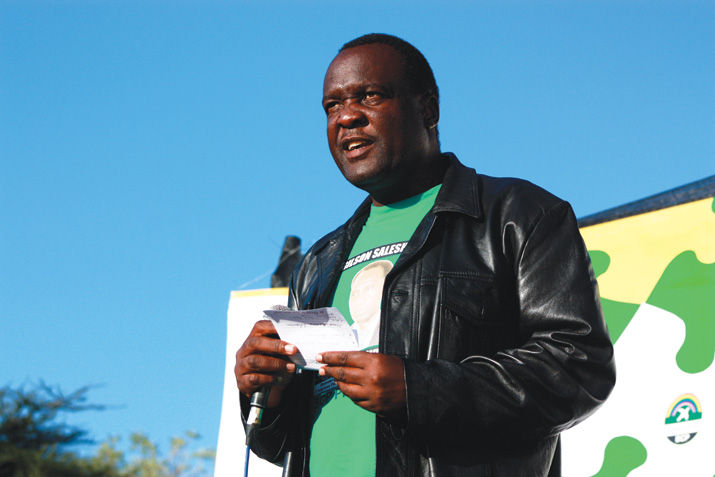