2016 was an eventful year for the local entertainment industry which has had its fair share of ups and downs. Time Out Reporter GOSEGO MOTSUMI looks at some of the events and people that have made us proud, frown and those who have left us in total disbelief.

Who arrived?
When it comes to industry newbies who made waves and are still at it, rapper Baanthata ‘BanT’ Mokgwathi is up there. Ten months ago, nobody knew Ban T until he collaborated with Faded Gang on the hit single Why So. By the time he released another festive banger, Naomi, Ban T had stirred enough attention. He later collaborated with Family Tree artists Tshego and Gemini Major on a Naomi remix which became an instant hit, enjoying air play on local radio. Because the proof is often said to be in the pudding, when the 19-year-old rapper raked in 3 awards out of 6 nominations at the Yarona FM Music Awards, there was no longer any doubt that a star had been born.
Hanceford Magapatona popularly known as HanC is this year’s Best New Comer, according to the YAMAs. The young vocalist has been hogging the limelight after his hit single feature Team Distant and DJ Chrispian, Sedilaaka, came out last year December. In a previous interview with Time Out, the teenager said, “My primary focus right now is to push my new single and maybe do an album, so currently Chrispin deals with all my bookings. I have been getting request from artists regarding collaborations so my fans should be on a look out.”
Amantle Brown is another artist who proved that she is a force to be reckoned with. The 23-year-old Morwa native recently dominated the BOMU awards, taking 4 for her hit Black Mampatile from her debut album, Sa Pelo. The same hit also bagged her a YAMA award for Best Single.
They made us proud
The I Do hitmaker Odirile Vee Mampeezy Sento had many achievements this year. Just recently, he accomplished his dream of filling up Stanbic Bank Piazza for his album launch. Vee is the first local artist to be nominated twice at the AFRIMMA in Dallas and to perform at the awards ceremony. He featured about 14 foreign artists in his album as well as signing a major deal with Universal (UMG).
2016 will probably be remembered as the year for the folk jazz band, Sereetsi & The Natives. Their debut album, Four Strings Confessions spawned some of the most talked about hits this year, chief among the Robete. The success of the album saw the bad embark on international tours, starting in South Africa all the way to Europe where they were part of The World Premier Music Festival.
It was no surprise when they scooped BOMU awards for Best Male artist and Best Newcomer in absentia. Sereetsi & The Natives also partnered with Samsung, and are amongst the most booked artists in the country right now.

Published authors
More books were published in 2016 than in 2015. Philanthropist Kagiso Madibana published her book, Tales from The Heart of Botswana, Baareng’s Journey, in February. “The book brings together strong diverse characters from different parts of Botswana. These characters have had their fair share of struggles and heartaches, but they eventually find a way to overcome their obstacles. Their stories, although fictional are relatable and will hopefully help motivate those who are going through a rough patch. The book also brings to light the importance of working hard towards attaining one’s dreams,” she said.
Award winning actor and writer, Donald Molosi released his book We are all Blue this year just in time for the country’s independence celebrations. The book is a collection of two plays: Blue, Black and White and Motswana: Africa, Dream Again. The first play is based on Botswana’s formative realities. It is also about the love story of Sir Seretse Khama and Ruth Williams Khama, the founding president and first lady of the country. Molosi’s book focuses on the same historical moment as David Oyelowo’s movie, A United Kingdom, in which Molosi plays a supporting role.
Writer and photographer, Thalefang Charles, on 24th November released his travel coffee table guide book titled Botswana’s Top 50 Ultimate Experiences. According to Charles, the book is the ultimate “bucket list” of things to see, do, eat and attend in Botswana. He also said it was a tribute in celebration of Botswana’s 50th independence anniversary and will leave a lasting legacy of BOT50. Charles has been selling and promoting the book around the country and has also sold it at the just ended Botswana Travel and Tourism Expo in Kasane. The book catalogues some of the most remarkable photographs one will ever see and uses language which is staple to travelers.

22-year-old author Tyler Majaga published his sophomore book Blue Skies In The South: Premise in October after struggling to raise funds. The book is the first part in an envisaged trilogy. It focuses on three characters, Thuso, Michelle and Tanaya; youngsters in Gaborone who have to deal with different socioeconomic challenges that present themselves before them.  The book was finally released after Majaga experienced challenges getting sponsorship and financial support.

Interesting twists
This year, the beleaguered national pageant, Miss Botswana, took an interesting twist after Thata Kenosi was crowned Golden Jubilee Queen end of July at GICC in Gaborone. After her crowning, the Moshupa native courted a lot of controversy, with some people feeling that she was not a deserving winner as she was purported to have enjoyed preferential treatment from judges following her answer about the “ESP”. Acrimony over her win reached a crescendo when it was also revealed that she had visible body tatoos- something ordinary disallowed by both Miss Botswana and Miss World pageants.
During Miss World preparations in Washington DC, USA, Kenosi was further criticized by some Batswana for choosing a Japanese dish over local cuisine. All this however did not seem to faze Kenosi as she soldiered on representing Botswana  at the just ended Miss World pageant.
This year, Botswana celebrated 50 years of independence. P100 million was allocated to the BOT50 committee for preparations and celebrations, but soon attracted controversy as the budget was not publicized. When it emerged that foreign artists would be invited, Batswana promoters and entertainers cried foul, saying they were being excluded from independence celebrations planning and preparations. The celebration came and passed, with most Batswana seeming happy. It was later revealed that BOT50 overran the initial budget by P13.4 million, with chairs for invited presidents being said to have costed over P4 million even though most of them failed to attend

Reason to mourn
In July, Batswana mourned the deaths of Charma Gal’s crew members who perished in a car accident 70km from Kang. The Sekuta hitmaker dedicated her BOMU award to her departed five band mates at the awards.

Industry achievements
Former Yarona FM Station Manager, David Moepeng, early this year launched an innovative Broadcast Media Monitoring Service through his franchise, AFSTEREO Botswana.  The franchise provides the market with real time tracking of all content that is broadcasted on radio and television 24 hours a day. It produces automated and customized reports as per the needs of a client. With 16 years broadcasting experience, Moepeng said the Botswana music sector stands to benefit greatly from AFSTEREO Botswana services as the aircheck monitoring system is able to produce reports that show the number of times a song is played across all stations; statistics which can be used for royalty payment purposes.

I am not joining Duma FM morning show – Sadi Dikgaka 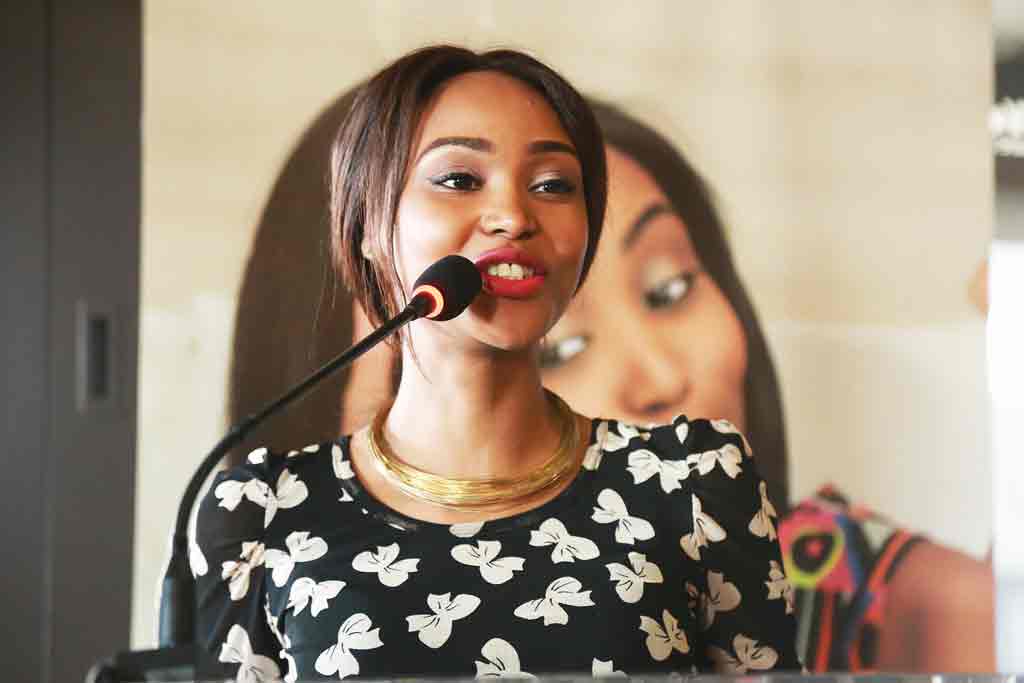