Vee Mampeezy nominated for the SAMAs

Award winning Kwaito kwasa king Vee Mampeezy has been nominated in the 23rd South African Music Awards (SAMA) slated for 27th May at the Sun City Super Bowl in the North-West Province, South Africa.
The highly anticipated nominee list was unveiled last week at Destiny Exclusive Hotels in Kempton Park where Vee was nominated under the Best African Artist category alongside Zimbabwe’s Jah Prayzah, Oliver Mtukudzi, Nigeria’s Patoranking and Vuyo Katsha.
The elated Vee Mampeezy said, “This nomination basically reflects that Botswana music is recognized and I could not be happier. Our music is on the right path. For the past six months, I have been in the top five best artists from Africa, this shows my music has made strides and that is a huge deal.”
Commenting on the prediction of the winner of the award looking at the other nominees, Vee said this time around it was difficult to predict because the awards are not voted for unlike the Metro FM Awards. “I will just leave this one to God. I have been nominated alongside people I look up to, Oliver Mtukudzi is my father and mentor while Jah Prayzah is my friend. God is good, the best man will win,” he said, adding that the nomination by itself was a great deal for him.
According to the SAMAs this is the year of the newcomer as the list of SAMA23 nominees is dominated by new artists who released their debut or second projects in the past year. The nominees are making great strides in the music industry, proving that youthful exuberance sometimes trumps experience.
“This is the year newcomers take most of the limelight undoubtedly. It is truly encouraging to see so many young and new artists dominate the list. It can only bode well for the industry. The future is bright and we couldn’t be happier for them,” Nhlanhla Sibisi, RiSA CEO toasted the achievers.
South African rapper Nasty C dominated with an impressive six nominations. His Bad Hair Extensions album earned him the Best Newcomer of the Year, Best Male Artist of the Year, Best Album of the Year and Best Rap Album. To top his SAMA23 honours, his videos Don’t Do It and Good Girls are in the running for Best Music Video of the Year. Rapper Kwesta follows with five nominations, while new songbird Amanda Black bagged four nominations.

Vee Mampeezy nominated for the SAMAs 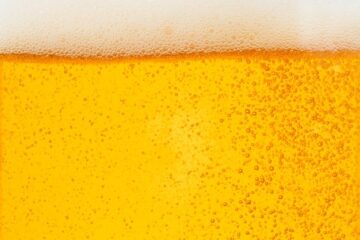