After the youthful radio station, Yarona FM applied for invalidation of the YAMAs and Yarona FM Music Awards trademarks on 18th April 2018, the Registrar of Marks, Patents and Designs Companies and Intellectual Property Authority Botswana last week Friday ruled in favour of the station and expunged both marks from the trademarks register. According to the judgement, Registrar Timothy Moalusi states that Robin Chivazve from Ventura has failed to produce sufficient evidence to show that any of the trademarks registered are linked with his company and that any customer would regard the YAMAs logo wherever they see it as being connected to Yarona FM.
“As Yarona FM what this means is that another company registered Yarona FM Music awards, which was illegal as Yarona FM is an existing registered trademark. Hence the deregistration from the said company. We will be re registering the YAMAs logo as it is,” said the station manager of Yarona FM, Kelly Ramputswa in an interview.
Yarona FM submitted that the trademarks, in particular the Yarona FM Music Awards trademark, is significant reproduction of Ventura’s registered trademark. The station sought invalidation of the marks in terms of Section 86 of the Industrial Property Act which states that a mark shall not be registered if is identical to, or confusingly similar to, or constitutes an imitation, a translation or a transliteration of, a mark or trade name which is well known in Botswana for identical goods or services of another enterprise.
“The trademark design was done at the radio station and Yarona FM is already a registered trademark. No one else can use the word Yarona FM on any platform, hence the YAMAs remain Yarona FM’s. Any work that comes out of Yarona FM is protected and belongs to the station,” Ramputswa said.
Chivazve’s argument was that the YAMAs mark, which his company registered is not identical or similar to the radio station’s registered mark. His contention was that by all manner of comparison, the YAMAs trademark has no resemblance to the registered mark, the most salient point of distinction being that, the YAMAs mark comprises of letters only and does not include a logo. He said the letters create an invented word while that of Yarona FM contains existing words and argued that the difference between the marks is so glaring that the average customer or potential customer confronted with the both mark would quite easily be heard to describe them as distinctive and referring to different products or services.
Regarding the issue of concurrent use, the Registrar said based on the evidence submitted the annual profit-sharing agreements for the music awards signed by both parties show that YAMAs is a hundred percent initiative of Yarona FM as per clause of the 2015 and 2016 agreements. “Ventura conceded that despite being aware of these agreements, they went ahead and registered the trademark YAMAs without the consent or knowledge of the station. I am therefore unable to agree with Ventura that the two marks can co-exist as their trademark was registered in bad faith,” the Registrar added.
It was also concluded that any party aggrieved by the decision of the Registrar could file an appeal with the Minister of Investment, Trade and Industry within 90 working days. However, when contacted to ask if he will be making an appeal, Chivazve’s phone rang unaswered. 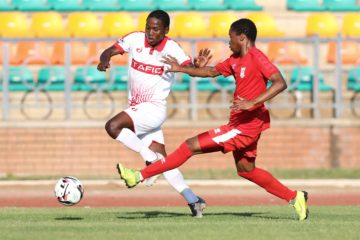