While he may be absent from the media space that he dominated for over a decade, Zeus is quietly going beyond the recording and performing arts space and breaking geographical boundaries

While many of his fans anxiously wait for his newest music offering, rapper Game “Zeus” Bantsi is working around the clock to establish his brand beyond Africa.

The award winning artist, creative entrepreneur and filmmaker who is a 2016 Mandela Washington Fellow (MWF) under its Business and Entrepreneurship Stream, was recently invited to the 2019 MWF Summit in Washington as one of seven members of the alumni network.

Being a part of this network means the artist gets to assist in implementation of several key activities, including sharing post fellowship experiences with the new cohort. This year’s summit was held from 29 July to 1 August.

“Hosting and performing at the closing of the summit were among the list of duties I was tasked with,” the Channel O award winning artist shared. “Opening the night with a performance of my Kwasa-influenced ‘Fast Five,’ followed by an electric rendition of ‘Kwela Man’ that saw the 2019 Botswana cohort spontaneously join me on stage in traditional outfits and flags, made for a beautiful Botswana moment,”

The colourful host included house music fans’ favourite “Dancing Shoes” in between hosting the diverse line-up of talents from across the African continent, closing the show with everybody’s hands in the air, courtesy of his boom bap hip hop classic “Dats Wasup.” Before this exciting event, the 33-year-old artist also moderated a panel of idea pitches that showcased the best of what fellows do to positively impact their communities back home.

Zeus also took centre stage as part of the PECO Multicultural Series at the 12th annual African Festival hosted by The African Cultural Alliance of North America (ACANA). The 2019 edition of the African Musical, Dance and Cultural Festival hosted at the Great Plaza at Penn’s Landing/Delaware River Waterfront in Philadelphia marked the 12th anniversary of hosting the African Festival as part of the PECO Multicultural Series. Each summer, tens of thousands of people gather there to learn more about their heritage and to celebrate the various peoples of the world.

The creative had the opportunity to share his unique version of Afro Hip Hop, including the Motswako style of Rap that has created a unique sub-genre and culture for Setswana speaking communities across southern Africa, most notably in Botswana and South Africa. Blended with classic Afro sounds on offerings like the internationally acclaimed “African Time,” the MC’s style was a perfect fit for the pan-African audience. From an acapella intro of “MaAfrika” to dance inspiring “Fast Five” and “Kwela Man,” the set-playlist resonated with the audience, part of which had a connection to the music that defies generations of separation.

As a lobbyist for Botswana’s creative arts industries, Zeus’ US trip also included a meeting with the Ambassador of Botswana to the United States of America, David John Newman and his staff. He also attended a dialogue with Spike Lee hosted by #MeToo founder Tarana Burke at the Black Star Film Festival also held in Philadelphia, visited the National Museum of African-American History and Culture, and made media appearances. The creative entrepreneur concluded his packed schedule with a studio recording session and a video shoot in Philadelphia.

Reflecting on the monumental trip, Zeus noted: “I have always believed that our deep connections to communities in the African Diaspora represent an opportunity to develop socio-economic ties that are crucial for the progress, not just of our people but humanity as a whole.”

It is clear to see that while he may be absent from the media space that he occupied for over a decade, Zeus is quietly making moves that are setting him up for even bigger success beyond the recording/performing arts space and geographical limits. 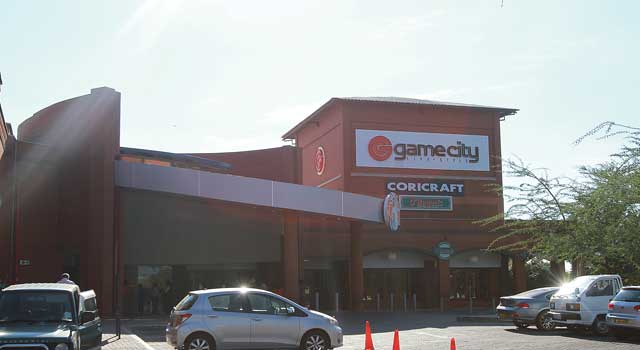