Information reaching The Botswana Gazette says Okavango Member of Parliment, Bagalatia Arone bid his constituency good bye as he is poised to join the ruling Botswana Democratic Party (BDP) this week.
Reliable sources say the Vice President Mokgweetsi Masisi, the face of the party’s recruitment drive will soon welcome the former Botswana Congress Party (BCP) legislator. While Arone did not tell his constituency where he was going, it is a foregone conclusion that he will defect to another party.
“I am not talking to any media house for now…..I will tell you when I am ready to talk to you,” he said when pressed for answers by The Botswana Gazette.
BCP President Dumelang Saleshando said he had not yet received an official resignation letter from Arone but only heard reports about his apparently impeding departure. Saleshando said that even the party’s National Chairman, Goretetse Kekgonegile, did not know about Arone’s resignation.
Speculation about Arone’s possible defection to the BDP has been mooted in the last few years, even though he denied them. If he leaves, he will be dumping what has been a BCP stronghold ever since the constituency was held by the party’s late veteran, Joseph Kavidama.
Attempts to talk to BDP Secretary General, Botsalo Ntuane were futile as his phone rang unanswered.

Responding To Covid-19: We Expect “Blood, Sweat, Toil And Tears” From The President 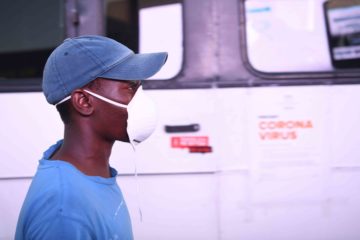