Science fiction, which starts as just imaginative stories about the future, is now becoming a reality. An American Eugene by the name of Wesley Roddenberry wrote and produced one of the powerful science fiction stories called Star Trek, a television series which was later turned into cartoons and movies.

What is interesting about Star Trek is that it takes place on a space station instead of a starship. Of late there is talk of tourism in space and much research is going into this. Who thought there would be self-driven cars some day? Or robots delivering items from shops and performing health related activities such as massages and drones delivering medicines. All these started as imaginations but are now a reality because of science and innovation. With science and technology, anything can be transformed into something.

Speaking during the launch of Science, Technology and Innovation Month, which is August, in Gaborone recently, the Chief Executive Officer of Botswana Institute for Technology and Research Institute (BITRI), Professor Shedden Masupe, told participants that science and innovation is the future and that Botswana must move with the times.

In his speech at the same event, the Minister of Tertiary Education Research, Science and Technology, Thapelo Olopeng, said Botswana needs to embrace the fourth industrial revolution (4IR) with its rapidly changing technologies, despite the dire job losses it brings. “The 4IR is about utilising the opportunities that come with rapid technologies, such as artificial intelligence, smart, emerging and frontier technologies,” said Olopeng.

But he cautioned that the country needs robust policies to ensure it is not on the losing end. Olopeng informed the gathering that his ministry was in the process of reviewing the policy on Research, Science and Technology Innovation (RSTI) to include emerging issues such as Sustainable Development Goals (SDGs) and the Fourth Industrial Revolution with assistance from UN Commission on Science and Technology, adding the policy needs to also engage with indigenous knowledge.

The Month of Science is held under the theme “Embracing Rapid Technologies for Sustainable Development,” which calls for embracing of rapid technologies which can empower and capacitate the nation to increase their degree of autonomy and self-determination, individually and as communities. The activities of the science month will take place from 19 to 23 August in Goodhope, Francistown, Jwaneng, Orapa, Palapye, and Selibe-Phikwe. 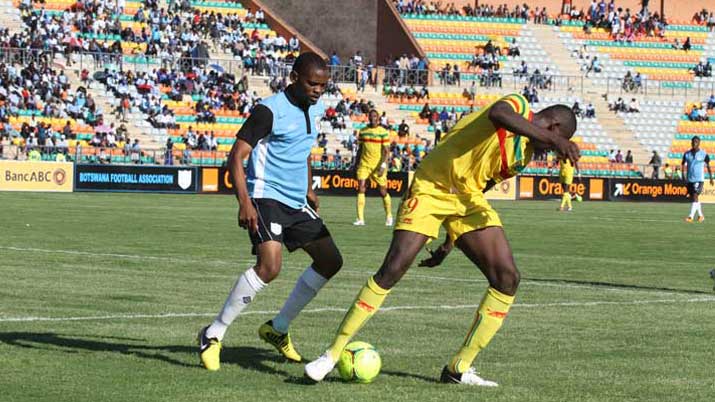