Authorities in the United States (US) and United Kingdom (UK) have discovered that the global bank and some of its competitors that were adding secret mark-ups to prices quoted to clients for foreign exchange trades, a practice which altered global foreign exchange prices. This extended to the US dollar and Euro currencies, it is yet to be revealed if any of this included other currencies including the Pula.

Efforts to establish the impact that this has on the Botswana banking sector and whether the local operator is aware of these damning allegations remained futile.

When contacted to elucidate about the extent to which Barclays Botswana trades forex with their parent company or any other sister companies, spokesperson Rachel Mushaike could not offer any response at the time of press.

However, according to the Financial Times and the publicly available case documents from the US Justice Department, the scandal which broke out three years ago has seen the biggest fine payment by any bank in history involved in rigging and a record for the UK’s Financial Conduct Authority.

The bank is said to have colluded with other banks to set high mark ups on forex trading which did not reflect on clients accounts as they were largely manipulated.

Reuters reports that some of those affected include pension funds and investment firms, some of which are said to be gearing up for a civil suit in the United States against the bank.

In a statement put out to the media the New York Department of Financial Services said Barclays’ illegal actions was totally systematic and involved employees at different levels within the group. Staff are said to have been paid off with added incentives and bonus payments from the proceeds made from the transactions.

Even worse, the two regulating bodies revealed that Barclays disclosed clients private information to rivals and did not fulfil clients limit order that they were under specific instruction to do, overly exposing their clients to unnecessary risk.

The forex manipulation seems to spread over several years and has seen the bank having to pay different fines to different regulatory bodies. US$650 million will be paid to the US Department of Justice as an admission of guilt which will ensure that no criminal charges will be laid against the bank.

Another investigation found that the bank was involved in US Dollar International Swaps and Derivatives Association Fix (Isdafix), a global benchmark for interest rate products between 2007 and 2012. These are financial solutions that are based on interest rate movements.

The Financial Times further reports that Barclays was the biggest bank in global forex trading with a market share of 11% between 2009 and 2011.
As a response to the controversy, the bank has fired four leading forex traders in London and New York.
The scandal has been watched closely by financial authorities across the world with media reports from South Africa indicating that regulators in the country will open an investigation of their own.

BFA YET TO RECIEVE ITS P 17.5 M RELIEF FUND FROM FIFA 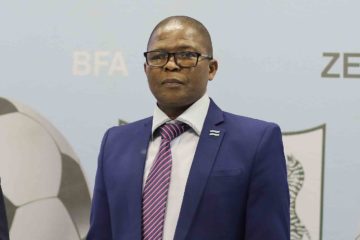