FRANCISTOWN: Botswana Congress Party (BCP) has allegedly suspended its Mahalapye East activist Akanyang Letsweletse for allegedly heading the campaign of independent candidate for Tshimoyapula bye-election Chibuya Dabutha.
This comes on the backdrop of the recent bye-elections where the BCP activist defied the opposition memorandum of agreement binding the parties to work together in all by-elections towards 2019. Dabutha resolved to register as an independent candidate in spite of her party backing up the Umbrella for Democratic Change (UDC) candidate Modala Modala of the Botswana National Front (BNF).
Following the by-election won by the Botswana Democratic Party (BDP), the BCP leadership suspended Letsweletse for allegedly violating a series of the party’s constitutional provisions. The suspension letter written by BCP Secretary General Kentse Rammidi reads thus “As a fully-fledged member of the UDC the party is obliged to sell, support and canvass for votes for the candidate fielded by UDC. Your conduct violates constitutional provisions of the constitution of the party you are member and in respect of which you have responsibilities. To this extent and pending a full enquiry and investigation into your conduct, the National Executive Committee has taken a deliberate decision to suspend you from the party and party activities with immediate effect. In this regard you shall neither attend your ward/constituency meetings nor any other meeting or activity organized by any structure of the party anywhere in the country or seek to hold yourself as a representative of the party in any forum.”
The letter further states that Letsweletse will be duly informed of the charges he faces together with the dates for the disciplinary hearing.
Letsweletse confirmed receipt of the suspension letter when reached for comment. “I can confirm that I have received the suspension letter this weekend but surprisingly there is no explanation on my suspension. Curiously the letter only narrates how BCP joined the opposition coalition, but as it indicates I will be waiting for the charges I am accused of,” he told The Botswana Gazette on Sunday.
While Rammidi could not be reached for comment as his mobile phone was unreachable, an insider revealed that more suspensions are looming with Dabutha’s supporters being targeted. “More BCP members are facing suspensions especially those who did not hide their alliance to Dabutha during the campaigns and one such is Poloko Monang,” an insider revealed.
Monang stated that he would not be surprised if he got suspended considering the “witchcraft” that has been going on since Tshimoyapula campaigns started. “Currently I am still in Tshimoyapula together with Dabutha’s campaign team thanking the voters. Maybe I will get the suspension letter when get back to Gaborone,” he said.
Monang is a BCP activist who has never supported the opposition coalition. During Tshimoyapula campaigns he publicly supported and canvassed votes for Dabutha. 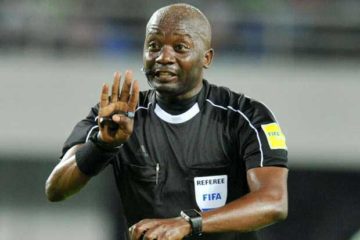