Chief Kgakanyane Sebina of Sebina who recently told opposition parties to leave him alone when asked to pressure village councilor Kemmonye Amon to resign, has been challenged yet again to reveal his stand on the matter.
Speaking at a political rally in Sebina on June 16, BCP’s Gift Keaitse expressed concern with the Chief’s apparent “cold” reaction to their petition. “His behavior was not welcoming at all…I publicly call upon the Chief to tell us whose side he is on: if he could allow councilor Kemmonye Amon to apologize in his own kgotla, what is so difficult with accepting our petition properly as an elder in a leadership position?” He asked.
Keaitse criticized the Chief for his brazen biased conduct, saying his reaction left one wondering if he was reacting as such because he is a member of the ruling BDP. “It will be ideal to understand who exactly we are dealing with here because if the Chief is a BDP member, there is a certain way we can address him. But we came to him as the village Chief not a politician, hence wanting to understand the cause of his suspicious behavior,” he said.
Keaitse said while they are accused by some people for trying to gain political points through the matter, they feel it is their responsibility as youth to fight and stand for what they believe is right.
“We are not unruly children, we just want things to be done right but if the Chief will continue with such behavior he is portraying towards us, there will be chaos. As a Chief, we understand he is supposed to pay heed to everyone who comes to him crying. And if he feels the issue is beyond him, he should refer it to the relevant authorities not to take sides,” he said.
Meanwhile, BCP Youth League President Chillyboy Rakgare said they would not despair in their effort to get Councilor Amon and Fidelis Molao to resign. “We are going to continue mounting pressure on these two to resign, as the opposition youth from all parties, we have plans in place to work together. We have just started and there is still more in store to be done,” he said.
Councilor Amon who has since admitted and apologized for impregnating a Nata Senior Secondary School pupil- is linked to Molao, the area MP, by a leaked Facebook communication which purports that the two were conspiring to conceal the matter. Molao has however refuted the claims, alleging that the leaked communication was “fabricated” by Motlhaleemang Moalosi, a known BCP activist.

GCC fails to recover over P100 million in arrears 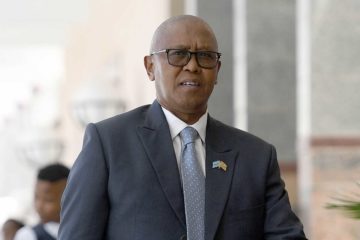