Botswana Defence Force (BDF) officers under the Ceremonial Guard Unit are complaining about a recent development where they say they are forced by their supervisors to buy Odipeca Clothing Company tracksuits as “an extra-mural brand uniform,” failing which they are victimized.
The Ceremonial Guard Unit is a special force unit with special training for VIP protection which includes guarding the presidency, vice president and foreign dignitaries.
A whistle-blower told The Botswana Gazette that soldiers under this unit find themselves under a situation where they are forced to buy Odipeca tracksuits as alternative uniforms- with no reason given as to why only that specific brand, which costs P700, must be bought. Soldiers who do not buy the tracksuits allegedly face a backlash from the leadership who deny them leave or promotion. This has reportedly led to some in the unit grudgingly making orders to appease leadership even though they are upset about the situation.
“As it is a practice in the army, we don’t get to ask questions as a way of respect for seniority and command. We are told by our seniors that if we don’t pay money for tracksuits we will not be granted promotions. We also believe our work leave or day offs are being withheld due to this issue of tracksuits. We are being targeted. We don’t know what the seniors are gaining from this arrangement because they can see we cannot afford to buy what they ask us to buy,” said a source in the army who revealed the unilateralism and intimidation regarding this development.
This publication understands that Odipeca Clothing Company will make around P280 000 from selling these tracksuits to about 400 junior commissioned officers for P700. However, the company’s Director Oteng Mosoma puts it differently, saying the Ceremonial Guard Unit had only sent senior officers to take samples and that no official contact existed between them and the BDF. “BDF officers, not BDF as an organization have been buying our clothing for many years. They give us samples and we put their logos and design for them whatever they want,” he said.
According to Mosoma, senior officers in the unit approached Odipeca even though they did not return after taking samples and getting into a verbal agreement. The agreement, he said, was that they will buy a tracksuit for P500 since they were buying in bulk. He also disputed that the price revealed by the source, saying their tracksuits cost P560 currently.
The BDF Spokesperson Tebo Dikole for his part denied knowledge of the matter, saying they did not have any contract with Odipeca. He however said they were aware of an “initiative” where the Ceremonial Guard Unit agreed on an attire for their own identity for purposes of cohesion and uniformity.
He also denied that junior officers were being victimized for not buying Odipeca tracksuits. 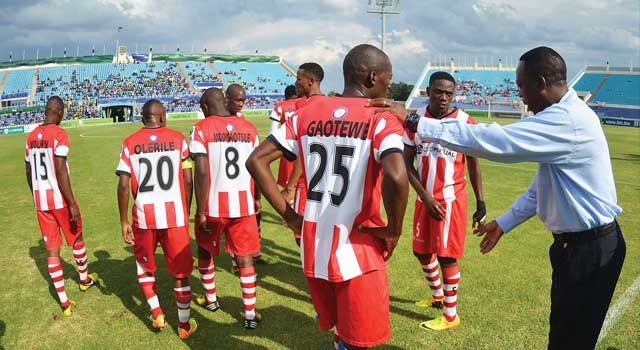