There is a high possibility that Botswana’s Billions of Pula invested in the high interest-generating investment instruments offshore, (in the European Union) in pension fund money and Botswana’s foreign reserves could be terminated and transferred back home, where it would sit idle and make negative returns because the EU has blacklisted Botswana. This is salt to the wound, considering the expected devastating eff ects of economic deceleration emanating from the deadly COVID-19 effects, KEABETSWE NEWEL reports.

They are Botswana, Ghana, Mauritius and Zimbabwe. Uganda was already on the list which now has a total of 22 countries.

Dombrovskis said the EU was bolstering its defences to fight money laundering and terrorist financing. The blacklist is not a small matter. Botswana’s Financial Intelligence Agency (FIA) Director General Dr. Abraham Sethibe said the new list of high-risk third countries identified by the European Commission includes Botswana on the basis that it has Anti-Money Laundering and the Combating of Financing of Terrorism (AML/CFT) strategic deficiencies.

“This conclusion is based on the Financial Action Task Force (FATF) Compliance document (2018) which lists Botswana as a Country with AML/CFT strategic deficiencies,” he said.

Dr. Sethibe said the blacklisting by the EU obliges EU member states to instruct all Financial Institutions and Other Designated Non-Financial Businesses and Professions to apply Enhanced Due Diligence when dealing with financial transactions involving Botswana, which involves a greater level of scrutiny of financial transactions.

He said when dealing with natural persons or legal entities established in Botswana, EU Member States shall require obliged entities to apply enhanced customer due diligence measures to manage and mitigate those risks appropriately.

The scaring part is that the blacklist puts at risk Botswana’s billions of Pula invested in the European Union as well as kill investor confidence on Botswana, frustrating government’s efforts to attract Foreign Direct Investment (FDI).

The greatest harm will be on pension funds, which are heavily invested in the EU. Two of Botswana’s largest pension funds, the Botswana Public Officers Pension Fund (BPOPF) and the Debswana Pension Fund (DPF) have billions in the EU, of which their mandates may be terminated anytime from now.

“BPOPF will be seriously affected. Asset managers domiciled in the EU will be required to inspect BPOPF more closely; possibly leading to termination of mandates. This is similar to the previous French blacklisting which resulted in the offshore custodian terminating their contract with BPOPF. It will worsen our offshore investment challenges following the COVID-19 impact and is a serious situation which will also result in reputational damage,” Boitumelo Molefe, the Principal Officer at the BPOPF told The Botswana Gazette in an interview.

Botswana was grey-listed and was given a deadline of January 2020 to have put in place legislations aimed at curbing money laundering or face a complete blacklist. The country failed to meet those requirements, hence the blacklist.

Being a small economy, Botswana has limited investment opportunities, which compelled the country to invest billions of Pula in countries like the United Kingdom, Europe and the United States of America (USA) in pension funds money as well as foreign reserves.

Molefe worries that the domestic market does not have enough investment opportunities to yield positive returns for billions of Pula belonging to pensioners at the BPOPF. If funds are returned to Botswana, they will stifle the pension fund growth. The Botswana Public officers Pension Fund (BPOPF) and the Debswana pension Fund (DPF), two of the country’s largest pension funds also face that risk. BPOPF has over P65 billion in assets under management (AUM). According to the Fund’s investment structure, 65 percent of that money, an equivalent of over P42 billion is held by foreign asset managers. DPF also manages over P7 billion and over P3 billion is offshore. At DPF, Chief Executive Officer (CEO) Gosego January could not respond by press time on the risks posed by the blacklist on Debswana employees’ pensions.

So did Dr. Seamogano Mosanako at Bank of Botswana (BoB). The Botswana Gazette wanted them to share views on what will happen to foreign reserves invested offshore, as well as explain what economic implications Botswana will suffer as a result of the blacklist. The central bank is the custodian of government money. It is also the number one economic advisor to government.

According to Financial Statistics from the Bank of Botswana (BoB) Botswana has about P70 billion in foreign reserves, held by offshore asset managers in cities like London, New York to mention but a few. Foreign reserves invested by Moses Pelaelo’s bank also face the risk of being returned home.

Asked about the challenges faced by Botswana, Dr. Sethibe said there is no structure through which Botswana accounts to the EU, rather the EU relies on the FATF processes.

“Botswana has no challenges in complying with the FATF requirements. The Country continues to report and has made progress in the implementation of the action plan,” he said.

While the FIA boss believes Botswana does not have any challenges to comply to the anti-money laundering deficiencies, it was found by the ESAAMLG that Botswana’s Anti-Money Laundering and Counter Terrorism Financing regime is not yet developed, with competent authorities still in the process of understanding their responsibilities and building capacity to deal with Money Laundering and Terrorism Financing, according to findings by the ESAAMLG . It emerged further that Botswana’s level of domestic coordination and cooperation is generally good, although that can get better with the presence of shared understanding of money laundering and terrorism financing risks of the country among all stakeholders, and signed Memorandum of Understandings (MoUs) among competent authorities to facilitate information sharing.

The ESAAMLG says money laundering legal framework in Botswana has major deficiencies arising from limited scope of predicate offences and absence of essential elements of the offence of money laundering. It further says there is inconsistency between the minimum threshold of a serious offence as defined in the Proceeds and Instruments of Crime Act and the penalty provisions provided for most of the offences, which do not fall under the threshold thereby disqualifying them from being categorised as predicate offences for ML purposes.

According to the study focused on Botswana, competent authorities in Botswana have varied capacity and understanding of their anti-money laundering and counter terrorism financing responsibilities.

Dr. Sethibe said Botswana intends to complete the Action plan within the given timeframe which was originally December 2020, but has since been extended to April 2021 due to the Covid-19 pandemic.

The Eastern and Southern Africa Anti-Money Laundering Group (ESAAMLG), an inter-governmental organisation that is a Financial Action Task Force (FATF) Style Regional Body (FSRB), published a report in 2017 titled Anti Money Laundering and Terrorist Financing Measures Botswana’ which revealed that authorities in Botswana are clueless when it comes to money laundering and do not have the capacity nor the skills to tackle it, making Botswana a paradise for money laundering.

Bringing Possibility To Life During A Crisis 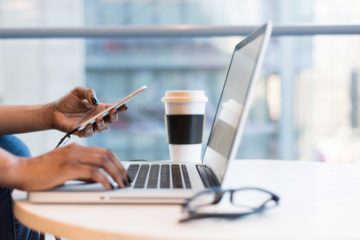