“We do not have money”- Motshwarakgole

Giant labour union federation, BOFEPUSU is in financial dire straits, with outstanding debts and failed investments threatening to put it on its knees, something which could result in doom for workers rights and democracy.
BOFEPUSU Labour Secretary Johnson Motshwarakgole has confirmed to The Botswana Gazette that the federation is going through a rough financial patch and that contrary to perception,it has never been rich as it only survives through members’ subscription fees, some of the lowest in the world.
BOFEPUSU’s unprofitable investments
Sources told The Botswana Gazette that one of BOFEPUSU’s investment arm, UNIGEM has long been having financial worries and has been declared “risky and not profitable” by many auditors.Some say that is the reason why former BOFEPUSU affiliate BOPEU disinvested from UNIGEM two years ago. This publication understands that when BOPEU disinvested, it got out of the deal almost empty handed with  just P187 000. Sources say UNIGEM has been operating with a negative balance for a long time.
BOFEPUSU vs BOPEU court cases dipped deep into the federation’s coffers
Information reaching this publication is that BOFEPUSU has also been crippled by legal battles with BOPEU which started this year around March. A case which ended in the Court of Appeal which was labeled “a clash of egos” cost BOFEPUSU close to P1 million as the federation appointed top advocates from neighboring South Africa. A junior advocate costs roughly around P50 000 while a senior advocate is paid close to P100 000.
The Nation closes down amid crumbling finances
Hardly after 12 months since inception, The Nation, a newspaper in which BOFEPUSU has a majority stake found itself in limbo as shareholders are locked in a dispute which has seen employees not receiving salaries for five months and failing to publish in as much time.
The Botswana Gazette understands that BOFEPUSU had initially promised to inject close to P6 million according to the partnership agreement. The federation holds a 65 percent stake in the newspaper while its directors Gregory Kelebonye and Kebofhe Mathe jointly own a remaining 35 percent. “BOFEPUSU shall contribute for the first month BWP 1,364,283.33 and thereafter BWP 566,283.33 for the months of June-through October. Thereafter it shall contribute BWP 566,283.33 every month until its contribution has been expended. The subsequent contributions are for the running of the new company,” says the documents seen by The Botswana Gazette.
According to the records, BOFEPUSU shall be expected to make available its contribution for its first six months and subsequently every six months until its full contribution of P5 975 200 had been made, with the contract only needing Mathe and Kelebonye contributing their expertise.
According to information reaching this publication, since the inception of the newspaper last year, it has accumulated too many debts: it owes distribution fees of P144 000, rentals P110 000 another P100 000 for printing services and has been closed down.
Some of the workers have recently received their July salary during the beginning of this month, but most of them are owed a salary of April, May and July.
According to sources, BOFEPUSU decided to kick out the newspaper’s founding owners Kelebonye and Mathe, citing mismanagement of funds. The federation’s most powerful leaders also sought to control the newspaper’s editorial content. Kelebonye who says BOFEPUSU has always been hounding government over issues of editorial independence at the state media, should also live up to the same expectation. “It would be truly sad if there were to be selective in the application of that idea when dealing with their own newspaper,” said Kelebonye.
He also said when it comes to funds mismanagement issue, audit firms could be engaged where auditing is needed.“As The Nation management we have called on the board to appoint a reputable company of auditors, who we are more than confident will find no wrong. If anybody should impugn any wrong doing on our part, that would be most unfortunate,” he said. Kelebonye says The Nation operated under “very difficult financial circumstances.”
The newspaper’s Board Chair Mogomotsi Motshegwe said it was currently going through a process of handover and will be owned by a company called Workers Front which BOFEPUSU has shares in. Motshegwe said the federation was planning to buy The Nation from Kelebonye and Mathe. Before denying that BOFEPUSU was broke, Motshegwe said the company is currently going through a restructuring and auditing process. “It is not true that BOFEPUSU is broke. The federation cannot be broke. The Nation was not appealing to the readership and needed new leadership,” he said.
BOFEPUSU does not have money-Motshwarakgole
However, BOFEPUSU’s Labour Secretary Johnson Motshwarakgole contradicted Motshegwe’s assertion, insisting that the federation was going through financial challenges just as are other societies and even the political parties. “We are still an intact federation. Of course we might suffer financially. We did hire expensive advocates, but it was for the cause of workers rights and we will continue hiring expensive advocates if the need arises,” he said.
Motshwarakgole however referred questions regarding the financial stability of The Nation to the union’s secretariat. However both Tobokani Rari, the Secretary General and Ketlhalefile Motshegwa had not replied to questions from this publication by press time.

Unemployed youth are not important - Kokorwe 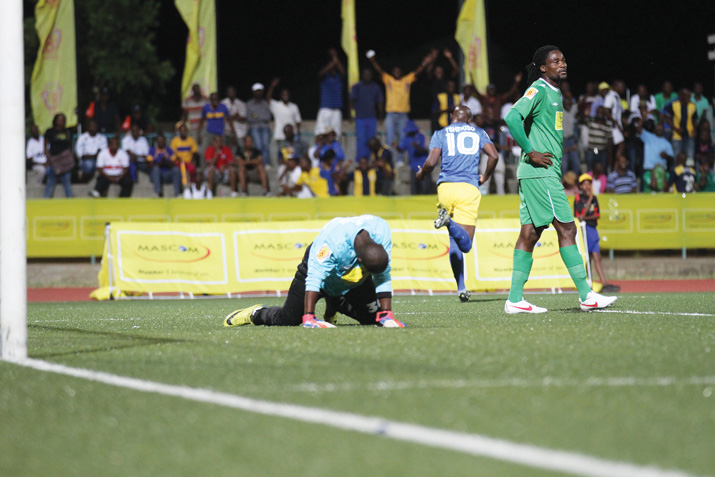