Business man and Botswana Democratic Party (BDP) treasurer, Satar Dada has, in his capacity as the chairman of Botswana Muslim Association, written a strongly-worded letter to government expressing disapproval at how it manages the country’s religious space.
Dada and his general secretary, Igbal Chand, in the hard-hitting letter leaked to this publication by government officials accuses the government of having side-lined other religions during the 50th independence celebrations, particularly during national prayers on 25th September, as Christians were invited to the highly-regarded and well-attended occasion led by president Ian Khama.
The letter among many things, questions government’s commitment to the National Vision pillar of “a moral and tolerant nation” and its adherence to the constitution- which in accordance with all democratic countries espouse the ideals that Botswana is a secular state.
The constitution protects Freedom of Conscience under Section 11 where it is  provided that except with his or her own consent, no person shall be hindered in the enjoyment of his or her freedom of conscience, and for this section the said freedom includes freedom of thought and religion, freedom to change his or her religion or belief, and freedom, either alone or in community with others and both in public and in private, to manifest and propagate his or her religion or belief in worship, teaching , practice and observance.
Clarifying government’s position on the issue last year, Minister of  Nationality, Immigration and Gender Affairs, Edwin Batshu, said “Botswana does not have a state- sponsored religion and is therefore officially neutral when it comes to matters of religion but as a nation, Botswana is currently deeply influenced by Christian values.”
In their letter however, the Muslim leaders say government is seeking to turn Botswana “into a Christendom”- which refers to the global community of those who adhere to the Christian faith, with religious practices and dogmas gleaned from the teachings of the bible. Correspondingly, Christendom also refers to those countries where Christianity is the dominating or territorial religion. Under this setup, people are guided or governed by Christian institutions and its authorities such as the church.
Dada and Chand say by side-lining other religions during the country’s golden jubilee, government was endorsing the view by some that Botswana is and should be declared a Christian state, contrary to the constitution.
Chand in a brief interview with this publication confirmed the existence of such a letter but said they do not discuss internal issues with the media. “We do not want to appear to be screaming or speaking at government, we prefer dialogue,” he said.
Meanwhile sources say government did not responded to the letter. “It is true that they we have never got a response on the letter,” confirmed Chand.
Asked why they did not respond to the letter, the government spokesperson, Jeff Ramsay said the questions should be addressed to the Ministry of Youth, Sports and Culture Minister, Thapelo Olopeng who the letter was originally addressed to.
The Office of the President was copied in the letter. “When we have been copied in a letter, we can only take note of it. But we encourage Ministries to respond to correspondences within a reasonable time but sometimes it is a case of issues raised therein that determines the speed at which we respond,” he said, adding that the standard practice is that an acknowledgement is made. Olopeng did not take this publications calls at the time of going to press.
Despite being the two leading religions in the country and their seeming distinctions, Christianity and Islam research have a lot in common— they are both monotheistic Abrahamic religions and Jesus Christ is an important, revered figure to both of them.
Followers of Christianity — called Christians — believe in the Holy Trinity, and that Christ, the son of God, walked the earth as the incarnate form of God (“the Father”). Most Christians also believe Christ will return at the end of the world.
Muslims consider Jesus Christ to be a prophet — a messenger of God — and a messiah. However, they believe that Muhammad was the last prophet and he recorded the word of God verbatim in the Quran. 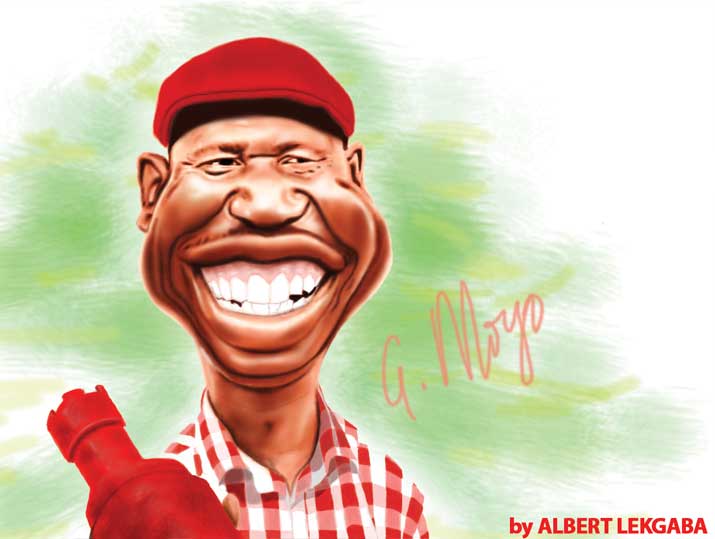