FRANCISTOWN: Domboshaba Cultural Trust (DCT) authorities are keen on setting up a task force that will reignite advocacy and coordination for the reintroduction of the teaching of IKalanga in schools.
DCT Chairman General Marobela Moetedi revealed in an interview with The Botswana Gazette just ahead of the annual Domboshaba Cultural festival scheduled for 1st of October.
At the centre of their agitation is the query about the introduction of foreign languages like French and Mandarin (Chinese) in secondary schools and the University of Botswana while no such consideration exists for indigenous languages.
“The DTC once wrote a letter to the Ministry of Education about this issue of re-introduction of teaching of Kalanga language in schools but the ministry alluded their failure to lack of resources. So we wonder why the government decried lack of resources while we advocated for something that once existed. Prior to independence Kalanga was taught in schools until it was abolished in 1972. So setting up a task force will be helpful because it will only focus on its purpose of advocating for the re-introduction of Kalanga language in schools,” he said.
Through the task force Moetedi is optimistic that they can achieve their mandate of promoting IKalanga culture. “One of our mandate is to promote our culture, but though we managed to achieve some of our goals, advocacy of introduction of language is the one still behind. Hopefully through this task force maybe the DCT will be able to fight for the re-introduction of Kalanga language in schools,” observed Moetedi.
Moetedi said there was no doubt resources could be availed once the request is heeded. “If the government is really interested in the re-introduction of Kalanga teaching system we have no doubt that it can make the resources available. So it seems like the government is only making lack of resources an excuse because it is not interested,” he argued. 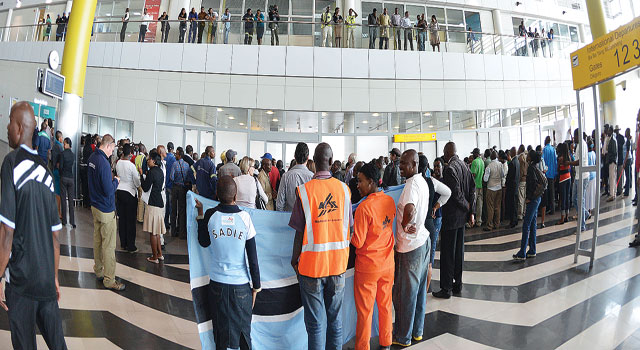