January 16, 2020 Admin
Home»News»Investigations»“Either you kill me or face me man to man”- Guma
Investigations/News

Says state agents and institutions are being used to settle scores

Tati East MP, Samson Moyo Guma, has come out with guns blazing following the news of his P33 million tax debt at the Botswana Unified Revenue Service (BURS).
Guma who is also the Chairperson of the Parliamentary Committee on Statutory Bodies and State Enterprises, says the move to plaster him with a hefty tax bill was motivated by people using state institutions to fight personal battles
“I don’t know why I’m being followed or what these people want from me. What are they afraid of?” said the enraged Guma in an interview with The Botswana Gazette. “Whoever is behind this should know that they are treading on very dangerous ground,” he warned.
This development comes hot on the heels of his triumph against the DCEC after Gaborone High Court judge, Singh Walia, earlier this month ruled that it was unreasonable for the graft investigator to continue freezing he and Minister Thapelo Olopeng’s company accounts since no proof of  impropriety was established on their part.
Guma says he finds the new tax claims by BURS to be misplaced and bizarre;  “I don’t understand how I am supposed to pay P33 million in tax when the total amount being investigated was said to be around P28 million.  As far as I know, tax payable should be about 25% of one’s total income. With the P33 million I hear I owe, does this mean I make a billion in my business?”
He also decried the violation of confidentiality in the matter, saying it was not clear how the matter ended up in the media and in the public domain.
“I don’t know how you destroy someone by saying that he has a lot of money, if not just making him a target for criminals. That is why when the investigators came to me, I gave them all the information they needed from me because there is nothing I have to hide.” Guma stated, explaining that he had never evaded paying tax.
“I have not stolen money from anyone and nor done any business with the Government of Botswana, those that steal are well-known and by everyone, and those people are protected by the state and can never be investigated. They are untouchable,” he said.
Guma has called on an individual he refused to name- to learn from his example, that despite him being privy to a lot of information about several individuals, their businesses and even tax- he does not share it with the media or the public.
“They forget that BURS falls under State Enterprises and I know almost everything.  But unlike them, I will not share because I know what confidentiality is, that will be abusing my power,” he said.
Guma says he has lost faith in government institutions as they have allowed themselves to be used to target and follow people. “How now can we believe that even the harassment and deportations of people that occurred in this country was ever genuine? People are busy abusing their powers, but I will not be intimidated. They should come out and face me,” he said.
Guma and Olopeng co-owned IBR Transport before the latter sold his shareholding to Guma for over P3 million. Reports are that the DCEC started investigating the company in 2011 after a tip off about possible tax fraud, especially since IRB was also involved in businesses outside Botswana.  It is reported that when the initial investigations did not bear any fruits, BURS re-opened the case after Olopeng sold his shares.
Subsequently, DCEC moved to freeze IRB and Olopeng’s bank accounts.  While the pair was cleared by the High Court, BURS is said to have been running parallel investigations, hence pouncing on  Guma.

Afinitas Limited lists on the BSE 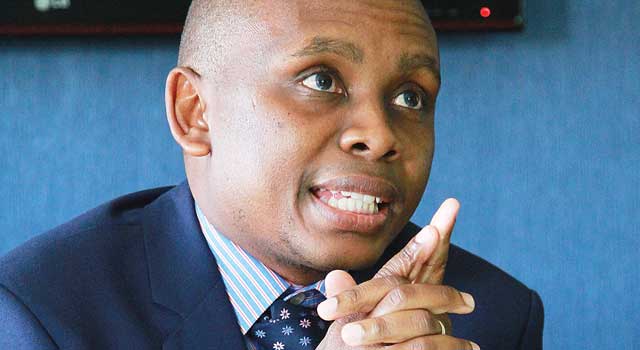