Mayor Sylvia Muzila said she would not be surprised if the rumour is true because she is always sidelined in Francistown.“Tomorrow people will feel cheated and deceived”

Francistown Mayor Sylvia Muzila has raised concerns about the construction of the Thapama interchange popularly known as the Spaghetti, following growing rumours that the initial design had been changed.
In an interview with The Botswana Gazette, Muzila said she was never consulted about the alleged changes. “I have heard those rumours that the spaghetti design has been changed to a different one which is more of a flyover. Upon hearing this news I inquired with the Town Clerk if in case they discussed something of that sort at a forum I don’t know of, and he also denied any knowledge of that. You should know I’m still at shock over these news and afraid because if the news are anything to go by, things don’t look good for Francistown,” said Muzila.
She expressed unhappiness over the fact that after working “so hard” to promote the spaghetti, she now has to field questions about a development she find herself in the dark about. Muzila however said she would not be surprised if the rumour is true because she is always sidelined in Francistown. “Tomorrow people will feel cheated and deceived when they get something they were not promised on the onset. How are we going to answer, they already want answers and clarification on this rumours, but we are also not aware,” she said.
Muzila also complained that the Tonota-Francistown road which is reported to be almost complete is not up to scratch. According to her, the workmanship on the road was “beautiful” from Tonota, but when the road approaches Francistown, the quality collapses. The proof of this, she said, was how the street lights were placed and how paving was done.
The Chief Roads Engineer Letlhogela Radipata and the project manager, however said that the design “had not changed much” but  small changes were done following consultation with stakeholders. “If the design was changed even the price would have changed, so the price is still the same and the Thapama interchange which was promised to Batswana will be delivered,” Radipata explained.
The new design which will be final is said to be still at the procurement stage and currently not available. “It should be indicated and understood that the design which people are talking about is the one we were using as our proposed design, it was not final as the consultations were still on going,” he said.
They also said the road currently looks untidy because it is currently under construction and that this maybe why it does not look as beautiful as the Tonota part which is now complete.The road should have been completed by 19th May, 2016 and the contractor will be charged for each day the contract period is delayed as he did not come forward to submit and substantiate claims for the review of dates.
“The end of the contract for the Thapama interchange is on the 2nd August 2016 and progress is ay 46.9% achieved against 80.6% planned. Liquidation damages or penalties are applied at the end of contract, each day delayed after the contract period is charged,” Radipata said. 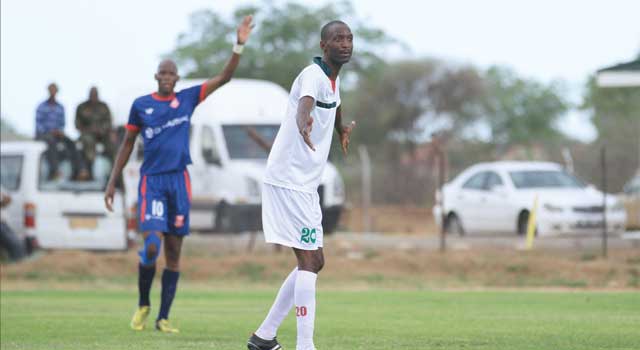