Lack of robust regulation of the P5 billion telecommunications industry could heavily strain the economy and doing business in Botswana should the cost of internet access remain excessive.

The World Bank posits that internet access as a basic necessity for economic growth; every 10% increase in connectivity, could recoup a 1.38 percent growth in Botswana’s Gross Domestic Product (GDP) allowing for further diversification of the economy from diamonds dependency.
In the early years of e-commerce it was predicted by some that the Internet would lead to a “frictionless economy”. Lower search costs and better information provided via the internet were expected to increase competition in retail markets and thus lead to lower price levels, such is not the case with Botswana yet.
Botswana, in the Value for Money Index, ranks 20 out of 25 African countries. This suggests that mobile subscribers in the country pay more for less value. This affirms social media complaints of subscribers who say mobile operators offer them low-quality services which are very expensive.
Using the cheapest 1GB data prices, The Research ICT Africa (RIA) Network’s African Mobile Pricing Index shows Botswana standing at a dismal 43 out of 48 countries by end of 2016 — an indication that data prices are less affordable for Batswana users. While the cheapest 1GB data in Tanzania was offered at USD2.99, the cheapest 1GB bundle of data in Botswana was sold at USD18.02: a staggering difference of USD15.03. Out of 15 SADC countries, Botswana is ranked 10th, above the DRC, Swaziland, Seychelles and Zimbabwe, Onkokame Mothobi states in a recent research paper.
Though the telecommunication market in Botswana has experienced significant policy and regulatory changes over the last decade, it has not led to mobile market price reduction as expected.
The research paper shows that, the cost of internet connection in Botswana is high relative to other African countries and, as such, seems to be a constraint to the majority: “After approximating the potential for mobile broadband with mobile subscriptions, it is evident that the majority do not have access to internet services.”
This confirms the investigative article published by The Botswana Gazette last week, which revealed the cell phone data conflict between consumers and mobile operators and their fading confidence in regulatory bodies. The Minister of Transport and Communications, Kitso Mokaila, has promised to intervene, stating at a press briefing that “internet charges in this country are ridiculously high and I will take it upon myself to make sure that they are lowered and regulated.”
According to the Botswana Communication Regulatory Authority (BOCRA), as of March 2015, there were 3.4 million mobile subscribers. This represents a mobi-density of about 168%, however, mobile broadband penetration Internet stood at 67.3% in 2015 (ITU, 2016). Hence, there are many more people who have SIM cards but do not access the internet, something which challenges the country’s socio-economy.
RIA states in its research that there is evidence that Botswana regional competitiveness in ICT is slipping citing the astronomical pricing differences between Botswana and Tanzania and how it also languishes behind save for DRC, Swaziland, Seychelles and Zimbabwe.
RIA created the Bundled Value Money Index (VMI) to capture the value of combined data, SMS and voice packages. This index provides a measure for utility derived from the purchase, efficiency and effectiveness of the service: “Using the information on the VMI Index score, Botswana ranks 20 out of 25 African countries. This suggests that mobile subscribers in Botswana pay more for less value. A result that coincides with the Facebook complaints by subscribers who claim that mobile operators price is high but offer low quality services.”
Compared with Morocco, the country that has the greatest VMI at 1049, Botswana VMI score is at a low 0.60. Among 9 SADC countries, Botswana ranks 7th ahead of Angola, DRC and Zimbabwe.
Innovation in the Botswana market is dull, with only one operator, Orange network, providing value added services.  “Among the four Ola prepaid packages, Ola! Ultimate offers the best value for money,” the researcher says.
RIA also states that, while the country seems to not have yet benefited from the heavy fiber-optic cables investments, hence the objective of becoming an ICT hub has not been reached and despite the country’s high subscription rate (around 95 %), the digital divide in Botswana remains a concern as the majority of people still do not have access to broadband services, due to high prices.
Mascom refused to entertain this publications enquiries on the cost of mobile data and customer concerns, only stating that it was a “Shareholder issues and have strategic and market intelligence relevance. We are further limited to answer the questions you posed relating to data and internet as we cannot understand nor make sense of them.”
Given these obstacles, RIA suggests that there is need to carry out a telecommunication market review which will inform policy makers of the competition, pricing and telecommunications use dynamics in Botswana. They state that BOCRA also needs to carry out an impact analysis with regard to the different policies implemented in an effort to continue the successes that have been achieved and change the direction of unsuccessful policies: “There is also need for Botswana to develop a clear broadband policy which will guide operators on the implementation of over the top services (OTT).”
Interestingly BOCRA is of the view that the charges are justified and competitive. “It is not true that the current market prices are high.  Botswana market prices are favorable comparable to other countries in the developing world and in SADC,” its spokesperson Aaron Nyelesi said, adding that, the current Data Prices are, “ Fair because they reflect the cost of providing the service borne by individual Value-Added Network Services (VANS).”
Research ICT Africa is a regional ICT policy and regulation think tank active across Africa and the Global South.

Motorists to get taste of Spaghetti junction soon 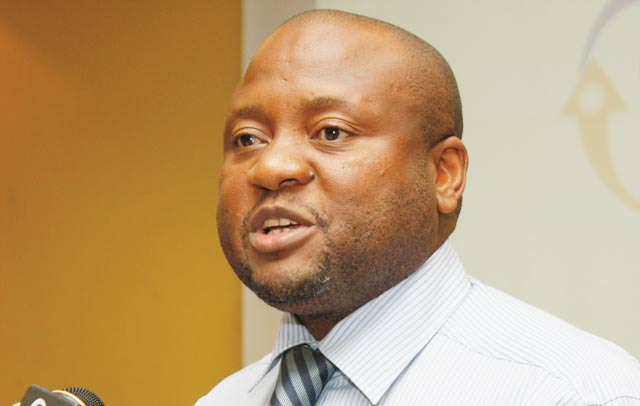