In activities that are as flagrantly doutful as they are supremely profitable, former president Khama’s friends are operating safari camps in the world-famous Okavango Delta that are deceptively legit because under the BTO’s watch, cartographers got to work to re-design the boundaries when Khama’s younger brother was the minister of tourism, writes KEABETSWE NEWEL.

Duba Explorer, a company owned by former president Ian Khama’s business partner Dereck Joubert, has been operating safari camps in a lucrative concession in the Okavango Delta without a lease agreement from neither the community nor the Botswana Tourism Organisation (BTO) since 2014, The Botswana Gazette has established.

The Jouberts bought Concession NG23 from Wilderness Safaris in 2012 but the lease expired in 2014. Since then, Duba Explorer, which is a subsidiary of a company of Great Plains, has been operating in that area without a lease from BTO or the Okavango Community Trust (OCT). Concession NG23 is located on the edge of the Okavango Delta, a supremely lucrative area of Botswana tourism.

It emerges also that Great Plains went and demarcated a portion of land that was not within the NG23 concession area to expand its illegal holding. It also emerges that since 2014, the company has not paid a single thebe to OCT despite operating in the area. OCT is supposed to benefit P1.2 million annually from Great Plains. While the lease expired in 2014, The Botswana Gazette has seen a tender document (sub-lease) dated July 2017 that shows that the tender was awarded to Duba Explorer. However, no such tender was ever floated. Sources reveal that the document is fake.

When this publication contacted the Regional Managing Director of Great Plains, Dorian Hoy, to establish if indeed Great Plains has a safari camp in the concession in question and if Great Plains has a lease for the land, Hoy said he would not say anything because he had nothing to do with whatever is happening in that concession. However, a few weeks ago, Joubert confirmed in an interview with Mmegi newspaper that the lease expired in 2014.

Botswana’s former president Ian Khama owns significant shares in the Linyanti Explorations (Pty) Ltd, a company that trades under Great Plains, together with the Jouberts. At Concession NG16, Linyanti Explorations (Pty) Ltd has four tourist camps, namely Selinda, Zarafa, Motswiri and Explorer. The current lease is from 2010 and will expire at the end of 2025. The company was given the lease during Khama’s presidency.

Two weeks ago, a detailed inquiry was sent to Botswana Tourism Organisation (BTO) seeking to understand why Great Plains is squatting in Concession NG23 and why BTO is allowing that. To-date BTO spokesperson Sam Lephalo has not responded despite having seen the questionnaire three weeks ago. He says the ministry is still working on it. At the Ministry, Alice Lephalo also said that her superiors were out of office, and have been for weeks now, which is why they could not respond.

It seems such illegal activities are not confined to Concession NG23 because the National Geographic filmmaker Joubert also illegally constructed a safari camp in another concession that was ‘liberated’ from the Okavango Community Trust, albeit without any agreement with the trust or with BTO. The concession in question this time is NG23A, which is situated just at the beginning of the Okavango Delta and was supposed to be administered by Okavango Community Trust.

The Botswana Gazette has established that Concession NG23A was non-existent a few years ago. However, both the Ministry of the Environment, Natural Resource Conservation and Tourism and the BTO, then under the leadership of Khama’s younger brother Tshekedi as minister, decided to cut a portion of land from Concession NG12, which was then styled NG23A. According to members of OCT, no company ever sought permission to partner with them to operate a safari camp in the area named NG23A. It emerges that a company called Nakwa Safaris, 100 percent owned by Batswana citizens, wrote a proposal to the Tshekedi-run ministry on 24 January 2017 asking permission for Nakwa Safaris to set up a temporary mobile safari camping site at Concession NG23A, which is the portion that was taken from NG12.

Interestingly, the tourism ministry’s Deputy Permanent Secretary (DPS) Felix Monggae, responded on 23 February 2017 saying that four other companies had written a similar proposal to the ministry requesting to set up safari camps. Monggae said the ministry’s intentions were to access the quality of the land and recommend its optimal use. According to Nakwa Safaris, the company was advised to approach existing community trusts for partnerships and it subsequently sought the blessing of all five villages that make up the Okavango Community Trust.

This publication has seen an affidavit dated 15 March 2017 signed by the Chairperson of Seronga Village Development Committee (VDC), Modimooteng Ndobano, authorising leasing of Concession NG23A to Nakwa Safaris. Another affidavit was signed by Chairperson of the youth committee of Gudigwa Village on 30 June 2017. The Village Chief at Beetsha Village, Bonang Karondo, also signed an affidavit on 15 March 2017. The Chairperson of Gunotsoga VDC also signed an affidavit on 13 March 2017. Nakwa Safaris General Manager, Cameroon Dina, has told this publication that he went back to the ministry to show them that his company had approval from the communities surrounding the concession.

“When we got there, they changed their story,” Dina says. “They said they had decided to float a tender for which all interested companies could bid for lease of that concession,” Dina said. Interestingly, it emerged that while the government was yet to float the tender, a certain company was busy constructing a camp inside Concession NG23A. The company, as it turned out, was Great Plains, owned partly by Khama’s personal friend, Derek Joubert. Duba Explorer is now flagrantly operating safari camps there.

Even so, in a previous engagement with Monggae seeking to establish whether or not Great Plains was operating inside Concession NG23A, the answer came that as far as the tourism ministry’s deputy PS knew, the place was still vacant and no structure had been set up there. What this publication has firmly established is that the ministry developed a different map that on paper looks as if Joubert’s safari camp is outside Concession NG23A whereas Joubert’s safari camp is squarely inside the concession area.

Efforts to contact Joubert have proved futile. Inquiries in-boxed into his social media handles have not been responded to. When The Botswana Gazette contacted the Regional MD of Great Plains, Dorian Hoy, to establish if Great Plains had a safari camp in the concession in question, Hoy said he would not say anything because he had nothing to do with whatever is happening in that concession. According to Dina, Great Plains’ operation at NG23A is without any partnership with the community or BTO, which means that while the company profits from the concession, the community benefits nothing.

The Okavango Community Trust (OCT) is partners with Wilderness Safaris which has three camps in OCT’s concessions, namely Duba Plains, Vumbura Plains and Little Vumbura. The partnership promotes employment and training of members of the local community in all aspects of lodge management. The community based organisation administers the Duba and Vumbura land concessions that total over 89 000 hectares (220 000 acres) that have been ceded by the Botswana Government to five villages just outside of the Okavango Delta. OCT represents the 5000 people residing in the five villages of Seronga, Gunitsoga, Eretsha, Betsha and Gudigwa, oversees the project and directs the flow of funds. 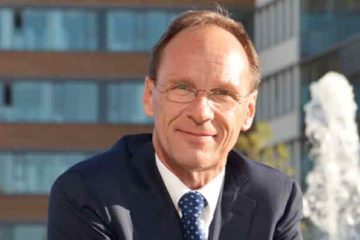