A Khakhea man, Onnetse Ratshidi, who was convicted on a single count of rape and sentenced to 10 years in jail in 2011 escaped his prison sentence by a whisker last week after the Court of Appeal (CoA) approved his appeal because the state failed to show he had a fair trial.Ratshidi had appealed on grounds that he was prejudiced by the excessive and unexplained delay in bringing him to trial and that he was convicted on a fatally defective charge sheet. He also said the importance and purpose of cross-examination was not explained to him, as an unrepresented person.
When delivering his judgment, Justice Kirby noted that there was no explanation on record as to why the appellant was only brought to trial four years after the complaint was made. He said this would no doubt have reduced the reliability of the eye witness accounts, as memory fades with the passage of time. “…As to the issue of cross examination, I have carefully examined the record and can find no evidence that the purpose and importance of cross examination was explained to the appellant by the magistrate.”
As to the fatally defective charge sheet, Justice Kirby said, “…the counsel for the state concedes that the failure to specify in the particulars of the offense that the alleged unlawful carnal knowledge was had, without the consent of the complainant is fatal to the charge. This is so because lack of consent is an essential element of the offense of rape.” He said that omission is further aggravated by the refusal of the magistrate to allow the charge sheet to be amended when requested by the prosecutor to do so.“…The magistrate was also in my judgment, too ready to find in such a positive fashion that the complainant’s evidence was credible and uncontroverted. No regard was had to the similarly uncontroverted evidence of the appellant and his witness that she has been his girlfriend for some time before the 18th March 2007,” he said, adding that, there was also no inquiry into the possible consumption of alcohol by the parties, who had all spent time entertaining themselves at the bar until the early hours that morning.
“I am satisfied for all the above reasons that the state has failed to show that the appellant had a fair trial. He is accordingly entitled to the benefit of the doubt and his appeal must succeed,” he said.
During the trial the complainant, Kebadiretse Lemamaswane had testified that on 17th March 2007 she attended a beauty contest in Khakhea with her friend before proceeding to the bar for entertainment. She said they left together when the bar closed at 1:30am and were followed by some young men. One of them was the appellant, Ratshidi who held her by hand. When he refused to let go, another young man tried to intervene but was hit by Ratshidi. The others left, leaving Lemamaswane with the appellant, who then undressed her, himself and had sex with her in the bush without her consent. She said she tried to push him away but did not succeed. According to her testimony, they were together for about five hours before he ran away. She went home in the early morning and told her friend what happened. Later the police came and she was taken to the clinic for medical examination. She told the court that she first met the appellant on that night and that he had not proposed love to her. When he cross examined her, Ratshidi put it to her that they already knew each other by time of the night of the alleged rape and that they had stayed together, claims she denied. He however did not challenge her on the issue of sexual intercourse and her consent thereto. 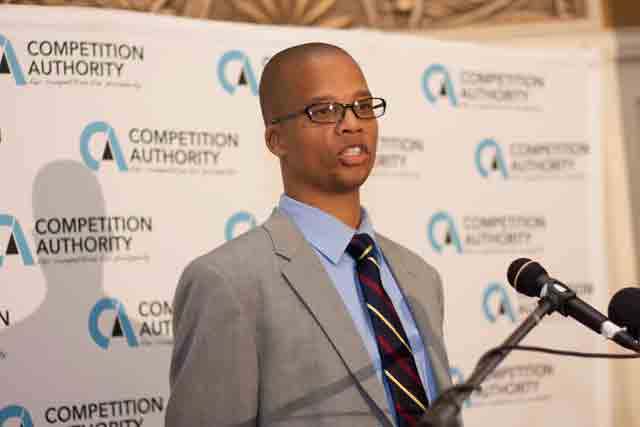