October 26, 2020 Admin
Home»News»Khama to be face of BDP in 2019 elections campaign?
News/Politics

In what is termed as desperate attempts by some disgruntled members, the ruling Botswana Democratic Party(BDP) might use President Ian Khama as its chief campaigner in the 2019 General Elections. This comes after a lenghty wait by both the BDP membership and Batswana in general for a revelation of the person who will succeed Khama which sparked speculation that the president did not trust any of his fellow party members to succeed him.

Sources at Tsholetsa House have revealed that Khama could be used as the head campaigner alongside the individual who will assume the country’s presidency in 2018 ahead of the 2019 General Elections. It is understood that the President who has since proved to be more popular than the party is said to be very happy with it and will be readily available to lead the 2019 campaign.
“Parks Tafa came up with the suggestion at a Central Committee meeting that the President should lead the 2019 campaign because he is much more popular than the party and the Central Committee agreed. We shall see how it happens, but I warned them against it because we need to resuscitate the whole party and not depend on just one individual,” the source said.
The frustrated BDP elite said the move would give the opposition an opportunity to attack the party of being unable to exist without Khama and this could lead to voters losing trust in the party and voting for the opposition. The source believes this will show Batswana that indeed their beloved party is dead and the opposition will have a tool to use at freedom squares. According to the source, some BDP Members of Parliament who won their seats as a results of a split opposition vote have made it clear that they will not contest in the 2019 General Elections as there is no hope for their party.

In the build up to the 2014 General Elections, Khama who was initially not slated to launch many candidates was, upon realizing an increased effort from opposition, forced to hold star rallies in all the 57 constituencies. “Everywhere you will hear them talk about Rraetsho instead of selling the party, right now we are in trouble, he will be gone in 2018, the party is in tartars, we need to work on the party and forget about praising one individual who doesn’t even respect structures like the Cenral Committee and other Government structures as he always makes decisions on his own,” the disgruntled party elder said.

However, despite this massive decline, the BDP leader believes that the percentage does not reflect what is happening within their party. Khama told the National Youth Elective Congress that they should not be bothered by the records and he believes that BDP is still the most followed party. “I do not care about this 46.7 percent which suggests that our popular vote has declined drastically because I know that BDP is the most followed party. These are just numbers which do not reflect the reality of BDP,” Khama has said to the BDP youth. 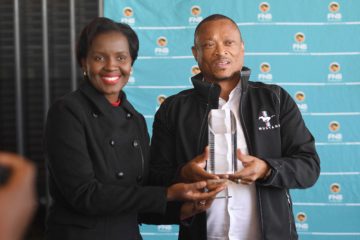