The properties had initially been leased to the hotel operator for years. The disposed properties were the remaining Extent of Plot 50719, Cresta Lodge, Gaborone; Plot 1169 Main Mall, President Hotel, Gaborone; Plot 6348, Thapama Hotel, Francistown; and a portion of Plot 276, Bosele Hotel, Selebi-Phikwe.

According to Shenjere-Mutiswa, the sale of the four hotels led to a book loss of P27 million on this disposal while there were two additions of properties in Gaborone’s key industrial nodes as the business consolidated its lead in this sought-after sector of the market.

“The net result of this disposal, combined with the absence of the 2018 full year’s significant one-off revaluation gain, resulted in a profit before tax, after taking into account discontinued operations, declining to P65 million from the P95 million achieved in the prior year,” he revealed.

While the value of the invested properties declined, Shenjere-Mutiswa said the company maintains a very healthy pipeline locally and regionally and shall be deploying the sale proceeds during the course of the coming financial year.

For the year ended 30 June 2019, LLR saw revenue growing by 28 percent from the prior year’s P82 million. The increase, according to the CEO, was underpinned by a full year’s contribution of the Watershed Mall, now accounting for circa 12 percent of total revenue. This asset came into the portfolio at the tail-end of the 2018 financial year. Further, annual rental escalations averaging 7.5 percent underscore the quality of the portfolio which was also enhanced by the purchase of the newly developed, fully tenanted warehouses in Gaborone’s Block 3.

In addition, the CEO said a well-structured balance sheet and funding strategy has afforded the company the flexibility to swiftly seize opportunities as they arise. 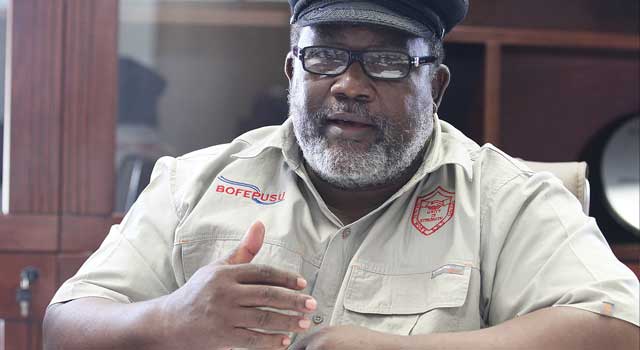