The Ministry of Health and Wellness (MoHW) is grappling with new increased cases of malaria which have shifted from the norm and are now spreading to the southern region of the country.
The country national malaria programme manager, Tjantilili Mosweunyane told media on Friday that while the transmission of the disease usually occurs in the northern parts of the country especially in and around the Okavango area, cases of the disease are now being reported in areas that do not usually have malaria such as Serowe, Palapye, Mahalapye, Kgatleng, Kweneng, Kgalagadi South and Gantsi.
“While we have been thinking we are on the right track to eliminating malaria, we saw a lot of unexpected malaria cases this past malaria season thus we are currently conducting a comprehensive Malaria postmortem review to see what we are doing wrong,” She said malaria cases and deaths toll rose after cyclone Dineo a few months ago, something that prompted them to reach out to the World Health Organization (WHO) to bring experts to Botswana to find out what they are not doing right and how they can improve their preventative measures.
Meanwhile, the programme Community Health Nurse, Dimpho Keabonye said their efforts to eliminate the disease is more often than not hindered by some people in the affected communities who are resistant to take preventative measures prescribed by the ministry. She said there has been cases where people would go to the extent of locking their houses denying health officers access to spray insecticides that guard against malaria transmission.
“We are challenged with low community acceptance to our preventative measures. This is a problem because if you only spray a few houses and leave out others in the affected area, it becomes somewhat redundant because transmission can still occur,” she said.
She urged affected communities to take the preventative measures seriously as it can prevent many from the disease. She said once the symptoms of malaria start showing, death becomes imminent and the patient can die within two days. The last Malaria season killed 11 out of 1 646 reported cases.
Malaria season usually starts in October until May.

Save The Donkeys: MoA calls for Animal Cruelty Act Review 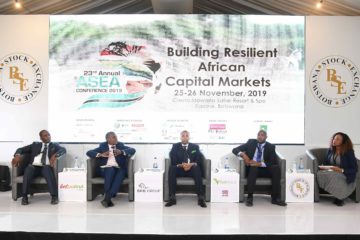