President Mokgweetsi Masisi and the Botswana Democratic Party (BDP) are considering a pact with Alliance for Progressives (AP) as another gambit for the general elections, The Botswana Gazette has established.

While the bromance between the Umbrella for Democratic Change (UDC) and the newly formed Botswana Patriotic Front (BPF) continues on the basis of a shared determination to beat Masisi at the polls, pressure is mounting on the President and the ruling party to form alliances as a bulwark against electoral enchroachment by increasingly formidable enemies.

According to information reaching this publication,   Masisi has stepped up his efforts of making AP form part of the BDP. Sources say Masisi could even consider appointing AP president Ndaba Gaolathe in his new cabinet after elections. Masisi has on several occasions openly expressed his desire to have Gaolathe and his righthand man Wynter Mmolotsi back in the BDP.

The most significant of these occasions was at his last press briefing as BDP chairman last year when he said he would not rest until Ndaba was back with the BDP. At another press conference last year, Masisi told journalists that he would consider extending his ministerial appointments to the opposition and beyond Parliament, both of which would be milestone developments that many entail consitutional reviews.

This publication understands that relations between the BDP and the AP have grown steadily away from the public eye since Masisi became president in April 2017. Those close to developments say this was even evident when AP Members of Parliament decided against participating in Leader Of Opposition Duma Boko’s motion of no confidence against Masisi last year.

The motion was expected to return to Parliament after the BDP’s Kang congress last April but did not after reports emerged that the AP had been meeting with the BDP for the former to again impede its success by witholding support. Ndaba has denied all these claims but the motion never saw the light of day as Boko withdrew it at the eleventh hour.

The Chairman of the AP, Puis Mokgware, has also equivocated about this but said he could not rule out the possibility of the two parties working together. In like fashion, the BDP’s Head of Communications, Kagelelo Kentse, has denied that the BDP has any links with AP.

The apex of these occurences are strong hints that Masisi could even offer Ndaba the vice presidency of the country as quid pro quo for the AP critical accord with the BDP. Masisi has openly cast aspersions on the capabilities of some candidates who defeated his current cabinet ministers in the party’s primary elections last year.

“As President, I cannot but take note of the obliteration of my cabinet at the primary elections,” he said on the sidelines of the National Business Conference in Francistown in September last year. “Some of those who beat them cannot match them, but democracy allows them to partake. It leaves me with no choice but to do with those whose calibre is lower than that of the losers.” 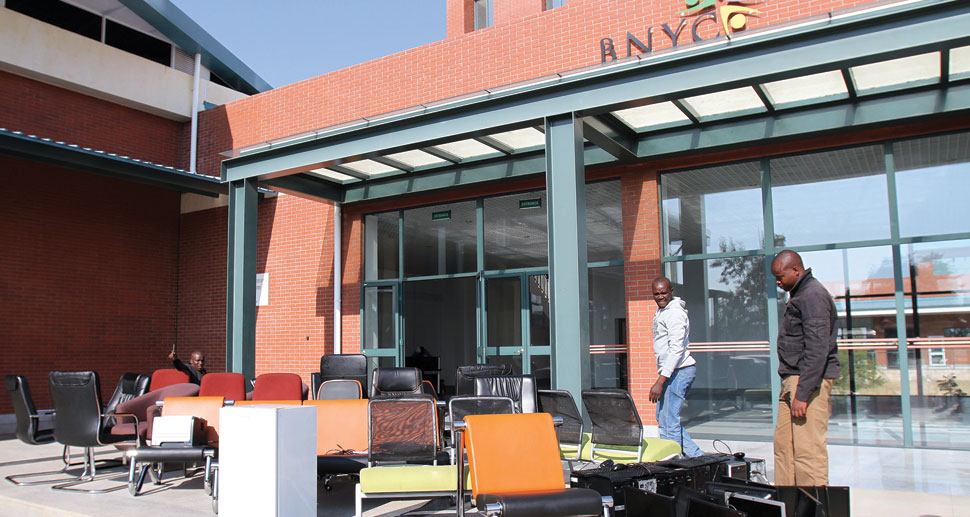