Thirteen prisoners currently imprisoned at President Ian Khamas pleasure who are mostly mentally impaired may have spent a lot of years without being accorded the necessary medical care due to resource inadequacy at the Department of Prisons.
Sources say these prisoners stay in jail longer than they should due to poor assessments and limited skills necessary to deal with mentally challenged prisoners like them. Currently there is no regulated framework to asses mentally ill prisoners detained at the Presidents pleasure according to sources. As such, this leads to these prisoners going for months unattended even though their stay is extended following recommendations by the presidency.
A source interviewed by this publication says the problem is there are no facilities to deal with mental problems the way South Africa is doing at the Kgosi Mampuru Prison: These prisoners rights have been violated because most of them are kept for too long…..even longer than their sentences. This could aggravate their mental health and their punishment is exacerbated because a sentence should be definite, humane and dignified. This is not the case with our prisons.
Prominent lawyer and columnist Anthony Morima told The Botswana Gazette that a few years ago he did a research to find out the conditions of mentally impaired prisoners when they are imprisoned. He said most of these prisoners were detained at the Presidents pleasure and were exposed to poor facilities and were without specialists to help them with their condition.
Last week in Parliament Minister of Defense, Justice and Security Shaw Kgathi however denied that the Department of Prisons had inadequate resources: The conditions in our prisons are up to acceptable international standard. I will be the first to admit that we do not have adequate resources and that cuts across the operations of the Prisons Department.
Kgathi told Parliament that Khama had detained 13 such prisoners so far and that the 13 had been in prison for periods ranging between 5 and 22 years for offenses like arson, unlawful wounding, rape, murder and manslaughter. He also explained that prisoners held at the Presidents pleasure are assessed at least once a year by the Mental Health Board which is appointed by Khama mainly for that purpose. Apart from the assessments by the Mental Health Board, the detainees are enrolled at various psychiatric clinics for periodic check-ups, according to Kgathi.
He said twelve prisoners held at the Presidents Pleasure were released from custody into the care of their families on the orders of President Khama between 2013 and 2016. Kgathi explained that a number of factors are considered in the release of this category of prisoners, for example; response to treatment and commitment to continue with same and the recommendation of the Medical Board and/or social workers. He added that the report of the social worker is critical as it indicates the reaction of the victim and his/her family and the family of the concerned prisoner. Kgathi told Parliament that there has been one death of a detainee held at the Presidents pleasure which occurred in January 2015 after the prisoner reportedly succumbed to natural causes.
Selebi Phikwe West Legislator Dithapelo Keorapetse had asked Kgathi if the Department of Prisons has adequate resources to deal with this detainment of mentally challenged prisoners detained at the Presidents pleasure. He expressed concerns that it takes a long time for prisoners who have been incarcerated at the Presidents pleasure to be released, saying that could point to the issues of resources limitation on the part of the department. Keorapetse had also asked Kgathi to state the number of prisoners incarcerated at the Presidents pleasure; how long they had been imprisoned and what their offenses were. He also wanted to know how often they had been assessed to ascertain their state of mind, and how many of them had died in prison or mental institutions and how many had been released.
For one to be imprisoned at the Presidents pleasure, the person should have committed a crime whilst mentally impaired. There should also be proof that indeed such an offender was mentally challenged at the time of committing the offense; such an offender is then left at the state Presidents mercy or discretion for sentencing. 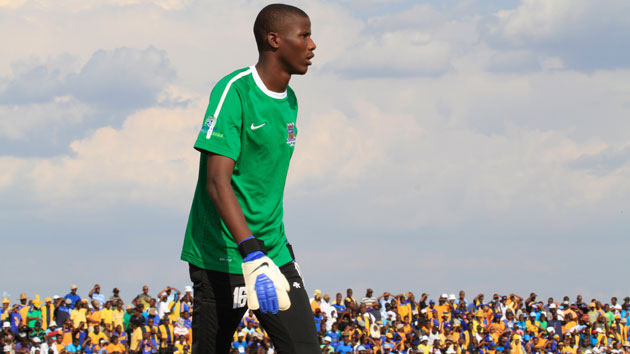