FRANCISTOWN: Opposition parties have been infiltrated by moles and stooges with a mandate to destabilize them and cause confusion.
This is according to veteran Botswana National Front (BNF) activist, Robert Molefhabangwe, who last week told The Botswana Gazette that while opposition parties are busy talking about dethroning the ruling BDP in 2019, they should be alert to “inside enemies” deployed to destabilize their project ahead of the next general elections.
“There are inside enemies within the opposition who preach different language when we try to preach unity. These people are doing this deliberately because they want to prolong the unity negotiations until we reach the deadline,” he said.
Molefhabangwe said opposition parties should not assume that the BDP will just sit back and allow them to dethrone it.
“When opposition keeps on talking about this change of government through a united force, the ruling party gets scared because they don’t have anyone to talk unity with. So, this is where they strategize in order to destabilize the opposition unity. The opposition should consider this and interrogate new recruits because some have been deployed to cause confusion within the opposition,” he argued.
He said while it is always a good thing to receive new members, opposition parties should be wary of new members mushrooming from nowhere, with some suddenly expressing interest in leadership positions. “These are people who have to be interrogated because they have a mandate,” he said.
The former Gaborone West/North MP also said attacks on the BDP were becoming monotonous. He advised opposition parties to instead focus on other strategic concerns, particularly curbing infiltration.
BPP, one of the UDC partners, was rocked by infiltration suspicions last year, with some of its members purported to be “DIS moles”. These claims were however later refuted by party president Motlatsi Molapisi. 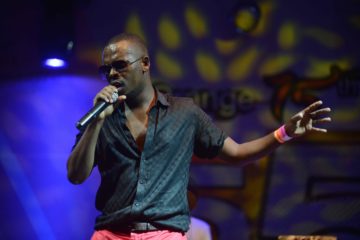