Was the launch rushed?
CEO says the train is brand new
He adds that it will take long for it to be profitable
No water, toilets out of order.

The recently re-launched Botswana Railways (BR) passenger train which was unveiled last week under the brand name, BR Express is incomplete as a number of some of the key modern features that it carries are not operational as was promised by the authorities.
While the coaches that are currently in operation have state of the art features unlike the old one, some of the services are yet to start operations and the contractor is yet to finish installing other components.
Among other features that are yet to be added to the train, in addition to the sleeper coaches, are the ramps for people living with disabilities, which are also said to be still at a manufacturing process; Wi-Fi is not working, seats are not yet numbered, and as of this past Saturday when one of these reporters traveled for the second time in one of these trains from Francistown to Gaborone, taps did not have running water while some toilets were labeled as being out of order.
Air conditioners in some of the coaches were also not functioning and this resulted in passengers being moved to coaches with working air conditioners. Two personnel wearing jackets labeled Transnet Engineering were spotted moving between coaches fixing several defects.
When complete, the train will be divided into three sections; the Standard Seater, Business Seater, and the Sleeper Coach. However, the train was launched without the latter as it is also said to be still at a design stage. The sleeper coach is still at the manufacturers, it is still at design stage. The expectation is to have that particular coach around June this year, BR Chief Executive Officer (CEO), Dominic Ntwaagae told journalists in a press briefing.
Ntwaagae indicated that they had already awarded the Wi-Fi services but there were issues that needed to be resolved with the service provider. He said it would take about two months for the Wi-Fi service to be accessible to passengers.
As for the numbering of seats, Ntwaagae was not specific, but said the matter would be resolved in the near future. On technical problems experienced during the trains maiden journey, he pointed out that since the train had just arrived, they could not rule out mechanical defects, highlighting that there was a two-year defect liability period. That is why it is put in place. We have people on the ground addressing any problems we might encounter, he said.
The new train experienced technical problems when it was supposed to depart Francistown for Lobatse on Wednesday night. Passengers were left stranded for eight hours after the train failed to depart on the scheduled time (2100hours), but only managed to leave Francistown at 0500hours on Thursday, the time it should have been arriving in Gaborone. According to the CEO, the delay was caused by a malfunctioning of power generator which operates air conditioners and power lights inside the coaches.
BR entered into a R280 million agreement with Transnet Engineering, for the latter to supply them with 37 coaches. The contract for the coaches is R280 million, and we are still in budget with that money, so it is not exhausted, Ntwaagae said, indicating that they are still paying Transnet as it was not a once-off payment agreement.
Responding to a question as to whether the coaches were new, or were second hand as alleged in various local news reports, the CEO said the coaches were brand new. As regards to the investigation that the Directorate on Corruption and Economic Crime (DCEC) carried on them, he confirmed that there was an investigation that the DCEC carried but was not in a position to comment on that as the investigations were ongoing. They did come, they asked questions and we answered. If they want to ask more, we will answer, he said.
Meanwhile, Ntwaagae has noted that it will take a while before the train could be profitable and explained why the ticket prices were high: It is very difficult for passenger trains to make profit, it is not easy. What we have done is, we have actually taken all the costs, including overhaul, the running costs and so forth, and we put them into the equation, these are some of the things that actually drive the prices to go up, he said. 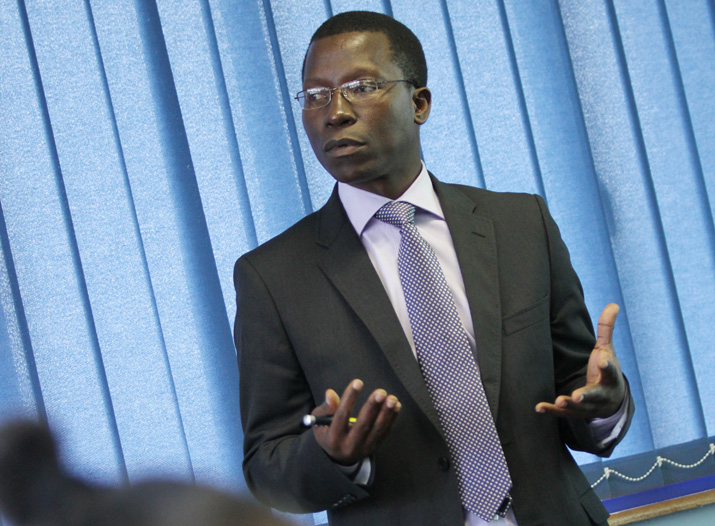