November 20, 2020 Admin
Home»News»Investigations»Moreetsi Ends His Political Career Before It Even Started
Investigations/News

Twelve months after the 2019 general elections, the Botswana Democratic Party (BDP) is yet to fulfill its much overhyped promises to Batswana. Unemployment rates among the youth are still high while corruption is reportedly on the rise. The UDC’s parliamentary candidate Moreetsi Gomang lost his bid for Gabane-Mankgodi in those elections. Staff Writer MPHO MATSHIDISO caught up with him recently

Thirty-five year old Moreetsi Gomang succumbed to the Botswana Democratic Party’s (BDP) Kagiso Mmusi, who is the son of the late vice president of the Republic, Peter Mmusi. It was a trouncing by Mmusi’s 12 204 votes to Gomang’s 4940, then incumbent legislator of the Alliance for Progressives Major General Pius Mokgware’s humble 2004 and the Real Alternative Party’s (RAP) Nkwalili Nkosana measly 60 votes. Gomang is a history and environmental science graduate of the University of Botswana.

Q: You have been quiet since the elections last year. What have you been up to?

A: Yes, by political activism standards, it can be said I have been quiet. However, I have not stopped being there for the community. I am currently working with the land board to resolve issues affecting some members of Metsimotlhabe Block 4 community. I have always reached out to the political leadership and public servants for amicable solutions to land issues.

Q: The land issues of the people of Metsimotlhabe have been there for the longest time. What is the delay in compensating people for their land?

A: Inconsistencies in dealing with core compensation issues are a problem. Beggarly compensation rates which degrade the lives of farmers after losing their land to the state, bad record keeping and personalization of land issues and ignoring set guidelines cause these delays.

Q: People complain that there is a lot of corruption and poor record keeping by land boards. For instance, there are cases of people being on waiting lists for donkey years while some people who applied much later get to be allocated plots. How can such issues be tackled?

A: We have always called for a land audit. LAPCAS, the Land Administration Procedures, Capacity and Systems, has failed communities. For example, take the land where Bokamoso Hospital is built. There was to be a road in accordance with an approved development plan but the land board decided to allocate it to businesspeople. The Mogoditshane, Metsimotlhabe, Gabane Development Plan has not been followed. Regarding the waiting list issue, it is true there are people who applied in 1994 and are still waiting to be allocated land and people who applied in 2001 and 2006 who have been allocated plots. The reason land boards refuse to have a land audit done is that they know it will expose their corrupt ways.

Q: Do you think the youth did themselves an injustice by not taking a youthful candidate like you who relates better to their struggles to Parliament? And what do you think went wrong after your massive campaign and Impressive launch?

A: We did everything right during our campaign. It explains the peace we enjoy even though we lost. We educated the electorate, especially the youth who are mostly affected by issues which headlined our campaign message, particularly issues of land, job creation and better salaries. We even included these issues in our constituency manifesto and our plans for addressing ‘landlessness’, job creation and harnessing our rich resources for the community. Our last campaign was on 22 October 2019, the Sekhukhu Tour, and we made it clear to the electorate that they had a chance to restore their fortunes and opportunities through the people they were about to choose as their leaders. Unfortunately, in our constituency we saw people vote against their social and economic needs by choosing to punish the UDC movement.

Q: You have been a loyal member of the Botswana National Front (BNF) since your juvenile years and your late father was also a long standing member of the BNF. However, the coalition UDC failed in your constituency, considering that the opposition managed only one council seat in the whole constituency.

A: I subscribe to opposition politics because as a young person growing up, I was not happy and I am still not happy with the pace of the current government in ensuring that the nation, especially the youth, has a life worth living in our mineral-rich country. But somehow these issues are disregarded. Going into the 2019 elections, the UDC coalition helped opposition politics to sell the message more effectively to the electorate. This is reflected by all attempts made by the ruling party to ensure that they do not lose their seat in our constituency. Going forward, no single party can succeed in unseating the BDP.

Q: Some people believe that your fallout with then incumbent legislator, Major General Peter Mokgware, prior to the elections cost the opposition the seat with votes being split between you two. How much do you agree with this?

A: The opposition collective will always be needed to oust the BDP. However, the narrative that the UDC and the AP divided the vote to the benefit of the BDP cannot be true. The BDP reaped over 12000 votes and the combined UDC and AP votes amounted to just over 7000 votes. Besides, 2019 was not 2014 and yes, the BDP miraculously won and increased its 2014 tally by over 100% from just little over 6000 in 2014 to over 13000 in 2019 while the UDC fell from just over 7000 votes in 2014 to 4900 with a mere 2000 giving their vote to the new formation in the Alliance for Progressives (AP). We cannot therefore deny a disadvantage from the fallout. But it was going to be a national crisis if the UDC had not contested the 2019 elections because of the then incumbent having decamped to a new party which stood no chance at all against the stubborn BDP.

Q: Do you harbour any plans to contest in the next general elections in 2024?

A: I have played my part in politics and my focus is now elsewhere. I had always told my party structure in Gabane/Mmankgodi that I would serve only one term if elected. Please note that had I served my community for almost 10 years when we went into the 2019 elections. I started advocacy in 2010 with the Develop Gabane Campaign which was formalised in 2011 when it was officially registered. I believe other talents should be given a chance, so I won’t be running in 2024.

Q: Parliament has endorsed the bill that prevents sitting MPs from crossing the floor. What do you think of this development?

A: Floor-crossing serves the interests of politicians and not the electorate. So if that bill becomes law, it will ensure that the electorate will enjoy the investment of its vote for five years without disruption.

Q: What is your take on the so-called Fear Fokol who associate themselves with the BNF?

Fear Fokol, as you narrate, is not in any formal structure of the BNF as a party. However, if their efforts are benefiting in growth of the BNF and the UDC as a collation, then it is good because parties need numbers to grow. Fear-fokol should therefore be a vehicle used to positively grow the party.

Q: What’s your message to BNF supporters in your constituency and Batswana at large? The BDP has been implicated in corruption scandals, especially in awarding of COVID-19 tenders while social media has been full of allegations of ill treatment of people in quarantine.

A: The message to the BNF and the UDC at large is simple and brief. The BNF slogan is Kopano and our opposition parties must unite and solidify their efforts to dethrone the BDP as it is evident that much is not going as per the 2019 BDP manifesto promises. Batswana need a different party to lead this nation for at least five years. This will need a truly united opposition bloc. Corruption is a cancer that has the potential to erode and collapse the nation but the BDP is not keen to fight corruption. We are a small population and a peace-loving nation in a massively wealthy country. But our poor living standards and call on patriotic citizens to relieve the BDP of power. 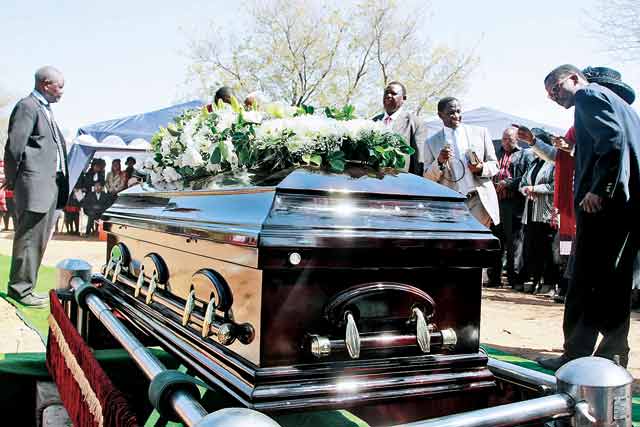