July 2, 2020 Admin
Home»News»Investigations»Motamma Horatius is one of only a few
Investigations/News/Politics

Transitioning from the creative industry to politics, Motamma Horatius emerged as the new Councillor for Itumeleng Ward at Block 3 in Gaborone in the just-ended general elections, becoming one of dwindling numbers of women in positions of political leadership in Botswana.

It is no secret that Botswana is trailing behind in women empowerment, especially in political leadership. But newly elected Councillor of the Botswana Democratic Party, Motamma Horatius, is optimistic that the number of women will increase in the next elections. This increase would be inspired by the changing dynamics because society is becoming more accepting of women assuming office, a growing understanding that women are more issue-based and that women can make news without being in a scandal.

“It saddens me to continue to see less women in good positions in politics. The difficult part is surpassing internal Bulela Ditswe party elections. So I think more political education is needed because the primaries determine who runs in the general elections,” Horatius said.

There are different barriers that hinder women’s political participation in Botswana. These are structural, financial and social, among others. Horatius says the political space has always been her calling and in 2009 she halted the urge to run for office and embarked on a journey of broadening her network base, making a name for herself and using the fame for a good cause. The former 2013 Big Brother, The Chase Season 8 housemate, model and beauty queen used all these creative platforms to introduce her brand to the world while she was molding her public speaking and behaviour before reaching her ultimate goal of assuming office in 2019.

“From my political position, I will fight for the industry to see it reach its full potential,” she says. “But for now I want to see my ward developed with an empowered society of young and old. I aspire to be the next mayor of this city. I can’t remember when a woman was mayor. Deputy mayor, yes. So it would be wonderful for the marginalised group, women and the youth, to see that indeed women can lead, that gender is not a hindrance and that hard work pays.”

When Horatius joined active politics, she was told she would lose because she in the wrong political party. She was told she would be sidelined because she is driven, results-orientated, opinionated and that politics are a dirty game that is not suitable for an honest leader. Fast-forward to today and she has developed a t hick skin and discovered that being cultured and humble was the easiest way to win souls.

Asked about her choice to work with the BDP, Horatius responds: “I got fortunate enough to work across borders doing philanthropic work the world over. So the more I strove to better people’s lives, the more I got to understand that what we have at home is hardly appreciated. When I became an advisor to the Governor of Kwara State in West Africa, that was the major breakthrough that I needed. I asked myself why was I not brandishing this brilliance back home. So I came back, started from the grassroots level of active politics to bring about economic development and change not from far but straight from the ones in power.” 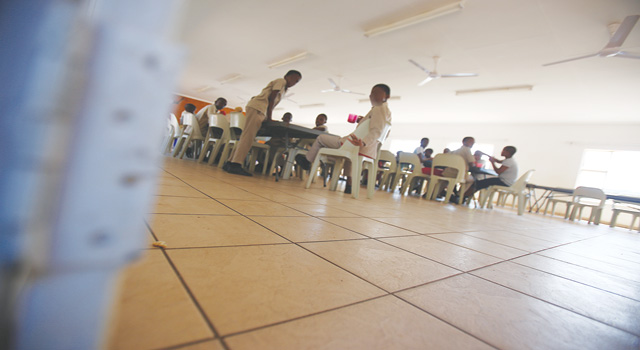