November 26, 2020 Admin
Home»News»‘NOBODY FUNDS YOU FOR NOTHING’
News/Politics

With the opposition enjoying unknown levels of munificence from private interest, most agree that political party funding is a gateway to state capture

Secretive foreign investors financing Botswana politics may at a later stage demand to be rewarded in lucrative government tenders, mining rights and various other forms of gain, opening doors to corruption and possible state capture by private interests, a University of Botswana (UB) political analyst has said.

This was further buttressed by the leader of the Botswana Movement for Democracy (BMD), Sidney Pilane, in an interview with this publication last week where he said the funding that UDC president Duma Boko was allegedly soliciting for campaigning must be coming with strings attached. “If anyone tells you that they have not promised anyone anything, tell them I said it’s a lie,” Pilane said as he also quickly added a disclaimer that, “ Le gale ga ke reye bagolo. Bagolo I mean Rre Masisi, Rre Khama and Mma Venson.”

Asked why he did not mention Boko among “bagolo,” he responded by asking wryly: “Where do you think he gets the jets and they do not come to me? Those people do not know that he will never get power to give them all the things he promises them. Funding comes with strings attached.”

Incidentally, Boko and the UDC have denied making future promises in exchange for party funding.

In neighbouring South Africa, a nonprofit organisation called My Vote Counts (MVC) released an inquiry on SA’s political party funding where it was found that companies donated millions as briberies to political parties to gain access to tenders. Bosasa’s (South African specialist company providing various services to government) Chief Operations Officer (COO), Angelo Agrizzi, told a state capture inquiry about how the company paid millions of rands in bribes every month to politically connected individuals to secure tenders at state institutions and made considerable donations to the ANC and some of its leaders.

Other donors were billionaire businessperson Robert Gumede, the Guptas and their entities and VBS Mutual Bank. The Indian National Congress, a major political party in India, the Chinese Communist Party and the People’s Movement for the Liberation of Angola were some of the foreign parties said to have funded the ANC. Companies such as Sanlam, Anglo American and MTN had also contributed to the party. Here in Botswana, powerful individuals and companies which are known to have been funding the Botswana Democratic Party (BDP) have been benefitting from the government procurement system. De Beers is wealthy from Botswana diamonds and government has been accused of bending to De Beers’ demands in their sales agreements. Former Debswana Managing Director (MD) Louis Nchindo was a kingmaker of Botswana politics, having masterminded the roping in of former president Ian Khama into politics.

When former president Ketumile Masire and his company GM 5 were in debt, he was given a ‘loan’ by De Beers. BDP Treasurer and party financier Satar Dada also enjoys millions from government contracts through his various businesses. His company, Motor Centre, supplies major government institutions with motor vehicles and parts which he also services. Dada also controls a poultry value chain monopoly. Several rich individuals, mostly of Indian/Asian origin, are known to be funding the BDP.

During former president Ian Khama’s reign, it was known that his personal friends and companies that he has interests in benefitted immensely in the tourism and conservation space. They enjoyed uninterrupted awarding of lucrative concessions in the Okavango Delta. These companies and individuals financed the BDP during Khama’s tenure. Leonard Sesa, political analyst at the University of Botswana, says no one can fund a political party for free.

He notes that everyone who funds a political party somehow gets rewarded with lucrative tenders or deals when the party is in power. For the first time ever, political parties in Botswana, especially opposition parties, are awash with cash to be used on the campaign trail. Most of the resources held by the opposition parties are sourced from foreign investors. The opposition coalition, the Umbrella for Democratic Change (UDC) president Duma Boko has been using a private jet, a chopper and a top BMW sedan, which are believed to have been financed by his foreign friends. He conformed to this publication that he has wealthy friends who are assisting him. He mentioned among them 80-year old Canadian billionaire Thomas Zimmer, and Executive Managing Director and Chairman of RH Capital Global Group in the US and its related companies Russell Dixon.

Controversial South African entrepreneur Zunaid Moti and Hollywood star Rick Yune are also among the sponsors. Boko says his friends are already rich and they do not want anything in return. However, political analyst Sesa argues that there is always payback time. He said should the UDC assume power, Boko’s friends will resurface with control in Botswana’s leading economic sectors like mining, tourism and financial services. BMD leader Pilane, says no one gets financed for free.

At the launch of the manifesto of Alliance for Progressives (AP) the party used buses from South Africa to ferry its members. Leader Ndaba Gaolathe said the AP was financed by sympathizers but would not elaborate. 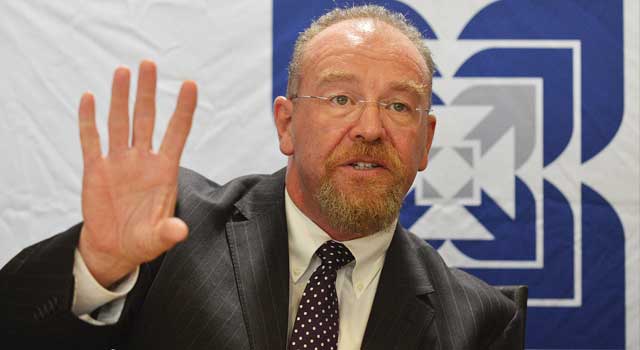