Parliament’s Finance and Estimates Committee (FEC) has acceded to the request by the Minister for Presidential Affairs, Governance and Public Administration Eric Molale, to augment MPs salaries and allowances.
In its report, presented to parliament in the ongoing session, FEC outlines the ministry justification of the supplementary expenditure for the consolidated fund. It states that the augmentation was necessitated by a review of MPs’ salaries which effected after the budget preparation exercises were completed.
Not only will the MPs be smiling all the way to the bank come their end of tenure but also the members of Ntlo ya Dikgosi.
Under the current arrangement MPs get monthly salaries of up to P23, 786 per month which is P285, 432. 20 every year, but then it is yet to be determined how much each of the MPs will get from the P5,491,810 augmentation breakdown.
A total of P9,601,870 was requested for adjustment of salaries grades of Dikgosi upwards March 29th 2017. According to government salary structures of 2017, Dikgosi have been upgraded from D1 to E2 as at financial year 2017. Government has also decided to assimilate 2,029 Headmen of Arbitration to a higher grade after the2017/2018 budget exercise.
In his ministry’s 2018/2019 budget proposals presentation for parliament, Molale submitted a total request recurrent budget estimate amounting to P153, 266, 560 and the Development Budget of P16,500,000.
Meanwhile, Maun East MP Tawana Moremi told this publication that the current arrangement of adjustment of salaries and allowances, regardless of any government institution, should be dealt with prior to the budget proposals by the Finance Minister.

“Hike Cigarettes Tax as Well, Not Only Alcohol”- WHO Chief

Let’s Force Our Leaders to Account Even If They Hate It! 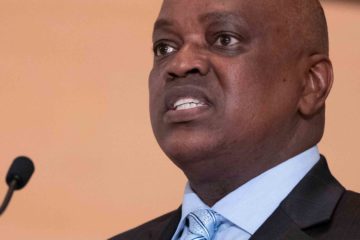