Permanent Secretary in the Ministry of Transport and Communications, Neil Fitt, has told parliament that he participated in the planning of Mabeo’s controversial air craft ‘window shopping’ trip to Brazil.

When fielding a question from Samson Moyo Guma, the Chairman of the Parliamentary Committee on Statutory Bodies and Public Enterprises, Fitt said he was “around a discussion table with Minister Tshenolo Mabeo present, but does not remember who initiated or approved the trip,” admitting however that he ‘support’ the trip.

Fitt and Mabeo appeared in parliamentary on Wednesday after allegations emerged before the same committee last week that the duo secretly went to Brazil without the approval of Air Botswana management and board.

Guma explained to Fitt that the trip was not official and he and Mabeo went out on an “ego trip holiday”. Fitt however defended himself saying their boss, President Ian Khama, would have blocked the trip if it was invalid. This response attracted Guma’s ire as he warned Fitt no to “drag the president in this matter”. He also told Fitt that what was a happening was a consequence of the fact that Air Botswana took too long without appointing the board as per the act. The parastatal has been operating without a board since its dissolution last November. Fitt was part of the dissolved Board.

The major clash between the parliamentary committee and Air Botswana was the controversial P81 million tender approved by Fitt for maintenance of aircraft engines. The committee said the tender was an unauthorized expenditure since it was approved in the absence of a board as required the Air Botswana Act which says expenditure and all financial decisions are subject to board approval.

“I was advised by the Air Botswana acting GM as she thought I should assume authority in the absence of the board. I also thought it was prudent for me to take decisions to keep the aircraft running,” said Fitt when quizzed why he had usurped the role of the board by Guma. He also admitted that he did not consult Mabeo in the engine maintenance tender. Mabeo, for his part, said he was not aware of the tender in question to which Guma retorted that Fitt should have been fired.

In another controversial development, Fitt admitted to the parliamentary committee, after a Pius Mokgware question that was not entirely familiar with the Air Botswana Act as he had only ‘partly’ read it. This is despite Fitt being the minister’s chief accounting officer.

When he tried to assuage parliament’s concerns by saying he would seek legal advice on its query, Guma said Fitt knowingly allowed Air Botswana to operate without a board in order to create a vacuum in which he could take advantage of processes. He further told him that he would be surcharged for the unauthorized expenditure. 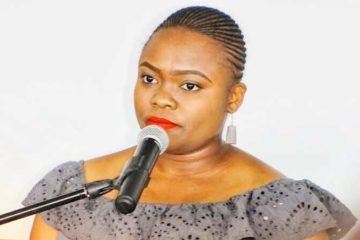