Magistrate Keabetswe Majuta on Thursday turned down bail request by Mochudi Faith Mission (AFM) pastor, Mooketsi Mogomotsi, who is facing a murder charge following the death of his wife, Ompelege Mogomotsi, in January 2017.
The pastor’s wife is said to have been attacked at their home in Mochudi and later died in hospital. The pastor was himself kidnapped and assaulted last month by the same attackers who were eventually arrested.
Mogomotsi’s lawyer, Karabo Masuku, had argued that he should be admitted to bail because, as a community leader, he was not a flight risk; he also said the pastor has two minor children under his care and that he wanted to be allowed to mourn his late wife. Masuku pleaded that because he was injured, facilities in prison were not suitable for Mogomotsi’s condition.
The state however opposed the application, saying the matter was still fresh and under investigation. It also raised concerns for his safety, citing the “mixed feelings” of the community. “The state on the other hand agrees that he is not a flight risk but avers that him being a community leader has left the community with mixed feelings hence his safety maybe compromised,” the magistrate said, agreeing with the state after submissions by both parties.
“The accused is alleged to have murdered his wife at Diponchi, the address of their home. The investigation office has clearly informed the court that their investigations entail visiting and searching the accused’s house,” the magistrate said, explaining that was a likelihood Mogomotsi interfering with evidence. “This is not an unreasonable request in the circumstances considering the gravity of the offence,” she said.
Mojuta explained further that as the courts, they do not want to put the police under pressure to hurry their investigations just because the accused says he wants to be released.
The Botswana Gazette has however established that of the four men initially arrested and charged for assaulting and kidnapping the pastor, only Thapelo Tlhase (25) and Mokganedi Porongwane (47) appeared with him for the murder charge on Thursday. Kobamelo Siane (28) and Keneilwe Siane (24) were seen around court but did not appear for any charge.
Quizzed on the meaning of this, Officer Commanding Superintendent Kevin Mookodi declined to confirm whether or not the two had turned into state witnesses even though he did not rule out the possibility. “Investigations are still ongoing and we are not sure who will end up being a state witness and who will be charged but as of now those are the ones charged,” he said.
Reached for comment, AFM President and board Chairman, Jobe Koosimile, explained that the only thing left for them to do as the church was to offer the pastor support and allow justice to take its cause. He however said the church was also reeling in shock in reaction to the developments in the matter.
“We also had the opportunity to visit the family of the deceased in the wake of all this, and yes they also have mixed feelings, they also knew him to be their child who is sweet and the question in everyone’s lips right now is, Did He Really Do It? But as the church and leadership we really don’t know,” he said.
Koosimile however expressed surprise at information emerging that Mogomotsi had property and businesses which the church only learnt about following the case. “We are learning as a growing church that at some point we will have to make that provision in our constitution for declaration of assets,” he commented.
He also said the developments came as a total shock to them as they never saw any sign of instability in the Mogomotsi family which could be said to have led to the unfolding tragedy. “In life, you cannot say you really know a person, so we really don’t know what is going on right now, whether it’s true or false,” he said.
Mogomotsi together with the two co-accused will remain held at maximum prison in Gaborone until 27th April 2017 when they appear for another mention. 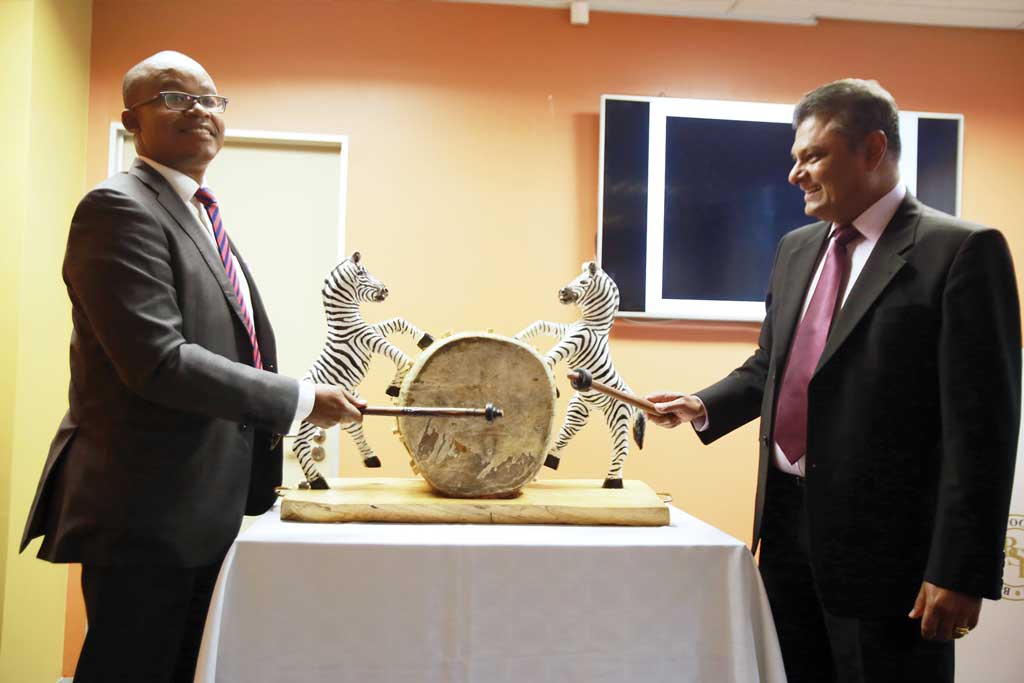