There is no evidence that the former head of the Directorate of Intelligence and Security Service (DISS), Isaac Kgosi, circulated pictures of DISS operatives, Botswana Police Service (BPS) has concluded.
This damning conclusion is based on a report by Digital Forensic Laboratory, which is an arm of BPS, after examining computers and phones that Kgosi purportedly used to disclose the identities of secret agents working for DISS.
It is not yet known whether the state will withdraw or pursue the case further after conclusions of this forensic report that has exposed the Department of Public Prosecution’s (DPP) tendency of rushing to prosecute in haste and recklessness before sufficient evidence and information has been gathered.
“I received a request from the Office of the Divisional Commander, South Central dated 18th July 2019 to analyse one mobile phone and four computers …which were suspected to have been used to disclose identities of officers who were involved in a covert operation. Having performed my analysis, I conclude that the devices (computers and phones) I received for analysis does (sic) not contain any evidence in relation to the case,” the Director of the Cyber Forensics Branch of BPS, Kealeboga Keeditse, wrote in the report.
“There is no indication that the computers and phones were once used to take or receive information sought by the investigation. No communications were recovered in relation to the investigation.”
Keeditse says he was tasked with “providing a detailed analysis of the information extracted from the supplied devices and an interpretation of the results”. The investigation, he says, is looking for pictures of the agents whose identities were allegedly disclosed.
Five cellphones were seized from Kgosi, Mmegi reporter Tsaone Basimanebotlhe and former minister Sadique Kebonang. The four computers belonged to the office of the MP in Lobatse and were donated to it by Botswana Power Corporation during the tenure of Sadique Kebonang as MP. The computers were returned to the constituency office by the police yesterday (Monday) while the phones were returned to their rightful owners after the conclusion that the probe amounted to a wild goose chase.
Concerns are that this is part of a disturbing trend by the state to rush to the courts before gathering sufficient evidence to sustain a prosecution. Kgosi, Basimanebotlhe and Kebonang’s phones and computers were seized when the matter was already in court for mention.
According to the forensic report, the state had known that there was no evidence on the seized gadgets as back as August 2019 but pursued the case nonetheless.
Kgosi has been slapped with two counts contrary to section 19 (b) (ii) as read with Section 46 of the Intelligence and Security Service Act which prohibits exposing identities of DISS agents to the public.
According to the charge sheet, count one of the offence is the prohibition of disclosure of identity. Particulars of offence are that the accused person, Kgosi, between the February 18 and 25 in Gaborone took photographs of officers, as well as the identity cards of the officers engaged in a DISS covert operation and the information was published in Mmegi newspaper.
In count two, Kgosi is charged with obstructing officers and support staff. “The accused person, Kgosi, on or about 18 February 2019 at Extension 6 obstructed X and Y who are officers of the DIS in the execution of their duties by verbally assaulting them,” reads the charge sheet.
The case is due today (Tuesday) for mention. 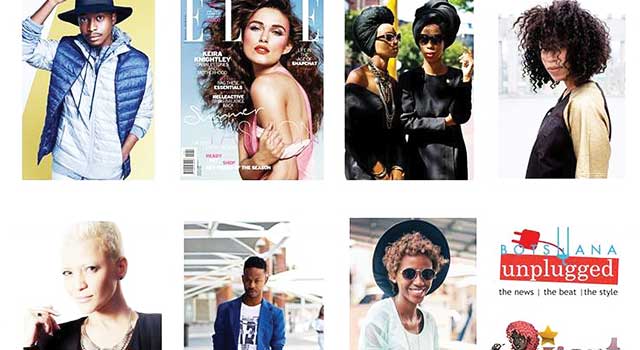