The Botswana Police Services (BPS) could soon engage the International Criminal Police Organization (Interpol) to track down Fresh Standard (Pty) Ltd Managing Director (MD) Benny De Beer and arrest him in relation to a case of ‘illegal farming of industrial hemp’, The Botswana Gazette has established.

This came to light in a recent statement from Fresh Standard released early this month. Fresh Standard in that statement, attempted to clarify a number of issues following the raid previously conducted at their plantation at a farm owned by former Minister of Agriculture and Food Security Patrick Ralotsia in Kanngwe. The company has since slapped Government with a P1 billion lawsuit for loss of business and potential clients.

Fresh Standard singled out assistant superintendent Moatlhodi Ntuane of the police Drugs, Narcotics, Flora and Fauna unit and accused him of conflict of interest. “Conflict of Interest Ntuane: Officer Ntuane is head of Narcotics, Flora and Fauna Investigations, the officer handling the investigations of the cultivated plants, he is also part of the value chain committee appointed by the Ministry of Agriculture with the aim of maximizing benefits from hemp cultivation. He is also part of the team that went to Kanngwe farms to uproot the cultivation,” reads the statement.

The statement adds that; “Officer Ntuane has since requested for a meeting with Benny, however he has since been issued a Power of Attorney affidavit authorizing McErick Attorneys to be his attorneys of record and (represent him before Ntuane). However Ntuane has been reluctant to communicate with Benny’s attorneys citing that he wants to talk to the man directly, which is abuse of his powers and the principles of natural justice, ( a right to legal representation).”

The letter further claims that Ntuane has rebuffed efforts by McErick Attorneys to find out why the BPS needed to talk to their client. “Ntuane could not disclose. Ntuane has also failed to confirm whether there is a charge against Benny. He has however threatened that, if Benny does not come for the meeting he will instruct Interpol to look for him.”

McErick says that will also be an abuse of process and office.

“ Ntuane has also indicated that this matter is more political than legal,” alleges the attorney in his letter.
Last month, this publication reported that De Beer is demanding over P 1billion for what he and his company deems unlawful withdrawal of its exemption to cultivate industrial hemp (cannabis sativa) in Botswana for medical and industrial purposes and loss of potential business. The Botswana Gazette further revealed that De Beer, who enjoys a very close relationship with former president Ian Khama is one of the UDC’s funders ahead of this year’s general election.

Umbrella for Democratic Change (UDC) president Duma Boko has been donating new eco trollies at his Gaborone Bonnigton North constituency. Fresh Standard- a supplier of this product- is said to have sold them to Boko and for his campaign.

Sources say De Beer has been informed by some of his associates in Botswana that should he come into the country, he is highly likely to be apprehended by local law enforcement. Ntuane said he could not talk to this publication as the matter is currently under investigation. BPS Spokesperson Near Bagali referred this line of enquiry back to Ntuane.

Slumber's wake up call as BDP eyes Makgato for VP 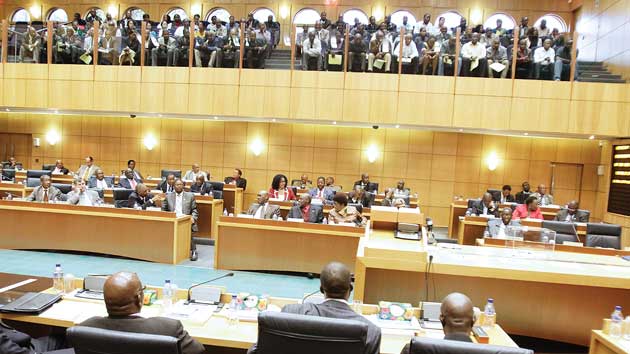