According to legal documents turned up by The Botswana Gazette, three companies have dragged Reikeletseng and his company, Itekanele Health Services Scheme, to court for failing to pay debts totaling to just under P300 000.

This publication has in its possession an order for civil imprisonment granted by Lobatse High Court judge Modiri Letsididi last month to that effect. Avis Rent A Car had made an application to the High Court for the civil imprisonment of Reikeletseng for a debt close to P50 000 early this year. A document obtained from Kgafela Law Practice, acting for Avis states,
“The Plaintiff has obtained judgement against him (Reikeletseng) for a sum of P47,022.45 (Forty Seven Thousand and Twenty Two Pula Forty Five Thebe) with interest. In consequence of the said judgement, a writ of execution has been issued against him.”

The papers further reveal that the plaintiff made attempts to deliver the writ through deputy sheriffs Onkemetse Medupe and Ernest Ramodisa but failed. Avis lawyers allege that the defendant hid assests that were due to be executed, including a Mercedes Benz motor vehicle.

“He has not paid a single thebe towards it and in my respectful view given his position in society he ought to at least have started paying even if paying small installments overt time,” says the document. “I therefore hold genuine belief that he is a proper candidate for civil imprisonment procedure which is a part of the civil practice of Botswana.”

This is in agreement with the order, which was issued on 9 May 2019. “The defendant shall be imprisoned for a period of 30 days unless he is lawfully released before the expiration of the said period,” reads the order of Lobatse High Court.

However, this order was conditionally suspended. “The operation … is hereby suspended for 60 days on condition that the defendant pays the plaintiff the capital claim and all the interest which has accured thereon.”

Reikeletseng faces another application for civil imprisonment after Deputy Sheriff Assistant Moment Kgotlaesele, to the Gaborone High Court, failed to deliver a warrant of attachment of movable property against the former executive of Botswana National Sports Commission’s principal residence in Phakalane.

“I demanded payment of the amount as reflected in the judgement plus costs, which would satisfy the warrant, but none was forthcoming. Despite a diligent search for such property I failed to find sufficient disposable assets,” reads Kgotlaesele’s application that was submitted on 8 April 2019.

This resulted from Reikeletseng allegedly violating his agreement to pay Planet Lodge in Gaborone a total of P20 015.52 and interest at the rate of 10% per annum from the date of breach of full payment. Planet Lodge subsequently launched legal proceedings.

Court documents disclose that Reikeletseng and Planet Lodge entered into a verbal agreement on 14 September 2017 in which Planet Lodge provided accommodation, food, beverages and conference facilities.

“As a result of this breach, client (Planet Lodge) has on numerous occasions demanded payment, which demand has not been met by the defendant,” says a court document obtained from Mbewe Legal Practice, acting for Planet Lodge. “Months have since passed since the plaintiff demanded this payment but the defendant has not paid a single thebe towards liquidating the said debt other than sending from pillar to post.”

Reikeletseng is alleged to have not complied with another writ of execution against his company, Itekanele Health Scheme. Court papers by Realty Corp lawyers Collins & Newman Co. reveal that Itekanele was served with a writ of summons on 22 May 2017 but to-date the writ remains un-executed. Itekanele’s lease agreement with Realty Corp was cancelled by the Gaborone High Court and in return was ordered to pay a total of P190 000 with 10% interest per annum. The writ had ordered that movable goods belonging to Itekanele Health Scheme be put to public auction.

However, this publication has established that Itekanele has not complied with the court orders mainly because most of the properties belonging to the company have been attached by CEDA. Court documents show that CEDA, through Deputy Sherriff Uyapo Mafika, attached several properties belonging to Reikeletseng’s company, among them office furniture and fittings, electronic equipment and three motor vehicles all valued at P93 338. Efforts to get a response from Reikeletseng went futile at the time of press. 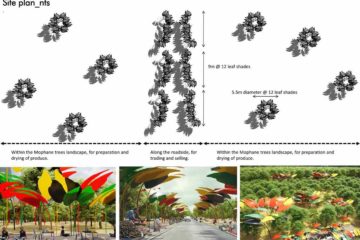