Improvement in overall governance in Africa over the past ten years has been held back by a widespread deterioration in the safety and rule of law. This is according to the latest 2016 Ibrahim Index of African Governance (IIAG) that was released this week.
Despite poor progress in safety and rule of law in Africa, Botswana was named one of the highest scoring countries in overall governance in 2015, alongside Mauritius and Cabo Verde. The three most improved over the decade are Côte d’Ivoire, Togo and Zimbabwe.
“Over the last decade, overall governance has improved by one score point at the continental average level, with 37 countries home to 70% of African citizens registering progress. This overall positive trend has been led mainly by improvement in human development and participation and human rights,” the report reads in part.
Sustainable economic opportunity also registered an improvement, but at a slower pace. However, these positive trends stand in contrast to a pronounced and concerning drop in safety and rule of law, of which 33 out of the 54 African countries (home to almost two-thirds of the continent’s population) have experienced a decline since 2006, 15 of them quite substantially.
“…Recently, almost half of the countries on the continent recorded their worst score ever in this category within the last three years. This is driven by large deteriorations in the sub-categories of personal safety and national security. notably, accountability is now the lowest scoring sub-category of the whole Index.”
Without exception, the report shows that all countries that have deteriorated at the overall governance level have also deteriorated in safety and rule of law.
Two-thirds of the countries on the continent, representing 67% of the African population, have shown deterioration in freedom of expression over the past ten years. Eleven countries, covering over a quarter (27%) of the continent’s population, have declined across all three civil society measures civil society participation, freedom of expression and freedom of association and assembly  over the decade.
The improvement in the participation and human rights category found that 37 countries across the continent, have been driven by progress in gender and in participation. However, a marginal deterioration appears in the sub-category rights, with some worrying trends in indicators relating to the civil society space. 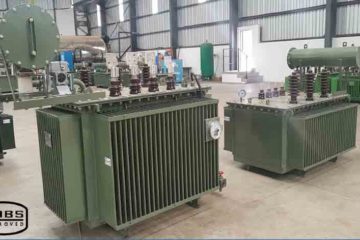