Botswana is at risk of being blacklisted and sanctioned this year after being repeatedly ranked among notorious tax havens in which tax dodging and illicit financial flows are thriving.
In its recent report titled Tax Battles, The Dangerous Race to the Bottom on Corporate Tax, an international research company, Oxfam noted that G20 countries are expected to this year publish a blacklist of tax havens in order to clamp down on corporate tax dodging.
Botswana has been ranked among the most secretive and worst tax haven jurisdiction in Africa, with tax policies that facilitates tax dodging and money laundering. It has been estimated that between 2003 and 2012 the country lost more than P80.5 billion due to corporate tax dodging and money laundering. The funds are adequate to improve infrastructure, in a country where there is a shortage of developments such as rail, negatively impacting its ability to attract foreign investors. According to Oxfam report Kenya is losing $1.1bn a year to tax exemptions and incentives, and the amount is almost twice what the government spends on its entire health budget, in a country where mothers face a one in 40 chance of dying in childbirth. The report has noted that Nigeria loses $2.9 billion by charging lower taxes and the amount is twice as much as its budget on education, despite six million girls in the country not attending school. Other two notorious tax havens in Africa, Ghana and Senegal on annual basis lose around $2.27 billion and $638.7 million respectively, on corporate tax dodging, according to Oxfam.
Oxfam has indicated that in an attempt to attract business, governments around the world are slashing corporate tax bills and the trend is damaging their own economie, and those of other countries in the process. The research company has noted that when governments reduce the tax burden for large corporations, they cut back on the essential spending needed to reduce inequality and poverty; or make up the shortfall by levying higher taxes, such as value-added tax (VAT), on other, less wealthy sections of society. “Indirect taxes such as VAT, which fall disproportionately on poor people, make up on average 67 percent of tax revenues in sub-Saharan Africa, impacting women most,” said the research company.
Botswana has reduced corporate tax from 30 % to 22 % compared to global corporate tax rates which have fallen from an average of 27.5% just ten years ago, to 23.6% today and Oxfam has indicated that countries choose to lower corporate tax rates to attract investment, yet evidence shows that corporate tax rates are not the main consideration for companies when seeking where to invest. “There are 12 reasons why companies choose to invest in a country, according to the World Economic Forum’s Global Competitiveness report. The most important are the quality of the country’s infrastructure, the availability of an educated, healthy workforce, and social stability. Corporate tax contributions are vital to ensuring the revenue for these investments,” said Oxafm. Oxfam has called for stringent measures including sanctioning against listed tax havens.
Minister of Finance and Development Planning Kenneth Matambo however told parliament that Botswana is better than other countries, despite several rankings which have noted that the country ranks high in illicit financial flows. “As I have indicated, in the case of Botswana, the situation is not as bad as you might have read on the internet about other countries…our situation is much better than other countries,” he insisted.

Making your own Maun Experience 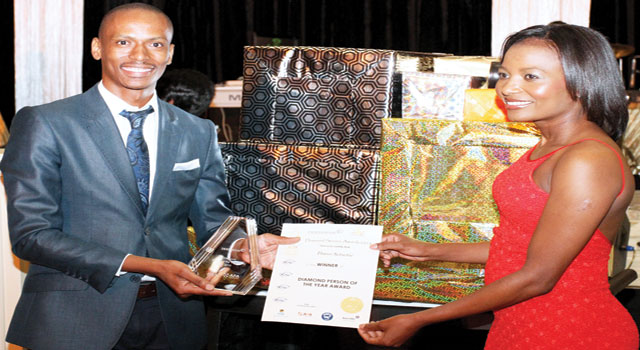