The Government of Botswana went all out when it setup the Botswana Innovation Hub (BIH). Government continues to invest considerable sums of money on BIH, albeit with no tangible results.  When briefing members of parliament in 2009, at a breakfast meeting on progress made in the establishment of BIH, the then Minister of Communications Science and Technology Pelonomi Venson-Moitoi, said the total cost of the project was expected to clock P1 billion on completion.
Initially, government injected P540 million in the construction of the BIH Science and Technology Park.  The intention was to build what was supposed to be Botswana’s first Science and Technology Park on a prime 57 hectare plot, along the Sir Seretse Khama International airport road and adjacent to the Diamond Technology Park in Gaborone. Interestingly though, in his State of the Nation Address on 4th November 2013, President Khama misled the nation and stated at page 39, paragraph 96 of his speech, ‘‘The Botswana Innovation Hub is now developing a 93 hectare dedicated Science and Technology Park ’’.
The Botswana Gazette can confirm that the size of the site is 57 hectares and not 93 hectares as announced by President Khama and that construction of the ‘Icon’ building only commenced in August 2014. Khama further told the nation that the BIH Science and Technology Park would be completed in March 2016 while BIH officials put July 2016 as the expected date of completion.  At the time, Khama said 17 companies and organizations had registered to ultimately operate in the park. This publication can however confirm that none of the aforementioned were ever achieved as President Khama, in his State of the Nation address last year, now changed the completion date to this year, 2017.
The Science and Technology Park was supposed to be fully operational in 2016 but the date of completion has been extended 4 times, with the latest extension being moved from July to November. The move from July to November was apparently necessitated by the fear that President Khama might want to add BIH as part of the country’s achievements in his Botswana Independence speech expected in September. BIH was supposed to have already started attracting Science and Technology companies but instead, the few that had initially shown interest have pulled out.
While BIH was a project that was intended to attract both local and foreign investors as well as researchers with focus on ICT, mineral technologies, sustainable energy and biotechnology, the organisation is taking from the nation’s coffers more than it is giving in return. Seven years down the line, BIH has little to show as achievement on their mandate yet they have huge expenditure bill on their existence.  Since they started operating in 2014, BIH has spent P7, 245.135 on travel and accommodation of officers. P3, 243,306 has been spent on telephone bills while members of staff enjoy yearly bonuses despite no dividends to government coffers.
For the 2015/2016 financial year, BIH senior management pocketed a total of P788, 084 as ‘Incentive Bonuses’, with the CEO taking home P62, 948. BIH CEO was earning P109, 110 per month in 2015 and is now said to be earning around P120, 000. BIH employees have complained about favouritism being extended to  certain employees. One such employee who has been named is former beauty queen, Tirelo Ramasedi who joined the company as an intern but has rapidly risen through the company ranks. She has been moved around in various positions which provide greater financial rewards. Further accusations against Ramasedi are that she travelled with the CEO to China and flew business class even though company policy dictates that an employee of her rank should only fly economy class. Responding to questions on why Ramasedi flew with the CEO in business class, BIH PR and Communications Manager Tigele Mokobi said the upgrade was initiated by the travel agency on account of the unavailability of space in the economy class for the return leg of the journey.
Mokobi said the cost difference incurred by BIH for this arrangement was P2,000. BIH however failed to explain why a manager who is more senior to Ramasedi, and was part of the CEO’S entourage, was made to fly economy while she was extended the ‘unavailability of space’ opportunity to fly business class. Ramasedi has also been allowed to study at the University of Botswana as a fulltime student while she is a fulltime employee. Mokobi confirmed that Ramasedi is registered as a full-time student currently pursuing her MSc Computer Information Systems. He advised that BIH HR policy does not bar any member of staff from furthering their studies on condition that such studies are “not attended to on company time”. Mokobi however did not explain how a fulltime employee could be both a fulltime student and employee without encroaching on company time. 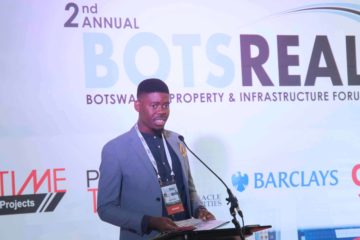