The Botswana Gazette understands that the Citizenship (Amendment) Bill 2016 which is expected to be presented to parliament in the near future is “just a formality to what has been ongoing as there have been some people linked to the political elites who have always carried dual citizenship,” inside sources say.
Although hailed as a good bill by both BDP and opposition Members of Parliament, Botswana’s move to allow dual citizenship is contrary to the international norm where duality is curbed to avoid abuse by terrorist organizations. Sources say the amendments of the act, which will include allowing individuals to carry dual citizenship, is merely being done to serve the interests of a select group of individuals, their family members as well as their business associates.
Prominent names  known to  this publication are said to have  always carried dual citizenship. However, a questionnaire sent  to Department of  Immigration and Citizenship a week ago was not answered at the time of going to print, despite follow up calls.

The objective of the draft legislation, as published in the Government Gazette is “(a) allow for dual citizenship in certain restricted circumstances; (b) resume Botswana citizenship of persons who ceased to be citizens of Botswana as a result of acquiring citizenship of another country as a consequence of marriage; and (c) align the Act with the age of majority set out in the Interpretation Act.”
To that end, age in Section 9 of the act will be reduced to 18 years instead of 21. This apparently is done to include the age of the majority of people envisaged to benefit from the amendment.
According to the bill, Section 15 will be amended to allow, (a) dual citizenship for persons who acquire the citizenship of another country as a consequence of marriage and resides in the country where they have acquired the citizenship including children born in the marriage.
Section 15 will also allow resumption of citizenship   of persons who ceased to be citizens of Botswana as a result of acquiring citizenship of another country by formal act or through marriage  and for the resumption of Botswana citizenship of  children  of a marriage.
The section provides that a citizens by birth or descent who ceased to be citizens of Botswana by virtue of a declaration of renunciation, at any time thereafter, may become   citizens of Botswana again once they apply for resumption, upon obtaining the minister’s approval and upon the registration of the declaration in accordance with the provisions of Subsection (2).
Until the legislation is enacted, Botswana does not allow dual citizenship.  The current Citizenship Act provides that only minors may hold dual citizenship up until immediately prior to attaining 21 years of age. According to the current act, any person who is a citizen of Botswana and also a citizen of another country will, when they attain the age of 21 years, cease to be a citizen of Botswana unless such person has immediately before the reaching 21 years- renounced the citizenship of that other country and taken the oath of allegiance. Failure to comply with these requirements automatically means one forfeiting their Botswana citizenship.
The subject of citizenship has caused considerable public debate over the last 23 years, commencing with the Unity Dow Citizenship case. Government was compelled as a result of the Court of Appeal (CoA) judgment to promulgate the Citizenship Act. The act, which in the past has been criticized left many Batswana stranded and effectively “without citizenship” in 2011 when as a result of new interpretations coupled with the requirements for the new passport format, Batswana were compelled to change their Botswana passports into the e-passport and in the process left “stateless”.
Batswana who, despite being adults and having lived in Botswana all their lives, were advised by the Immigration Department that they were citizens of other countries since one of their parents was a foreigner and as such needed to renounce citizenship the other country.
The dilemma was compounded by some countries refusing to accept renunciations of non-existent citizenships for fear that this may create a basis, in the future, for accepting people who previously “renounced” their nationalities. 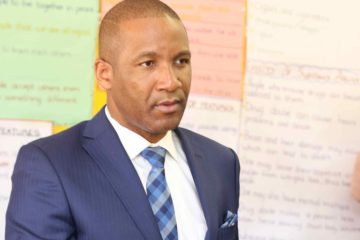