The Botswana Patriotic Front (BPF) is battling internal divisions that are threatening cohesion at Botswana’s newfangled political party that was formed just over a year ago, The Botswana Gazette has established.

At the core of the divisions is the battle for control of the party by certain members who want incumbent president Biggie Butale out and are pushing for the party to have its first elective congress. Butale has told this publication that a date for the elective congress will be announced as soon as COVID-19 restrictions on mass gatherings are lifted.
Former MP for Tati West, Guma Moyo, is said to be aiming to replace Butale. Although Moyo did not answer numerous cellphone calls from The Botswana Gazette, sources close to him say he is gaining enough backing from the BPF membership for his ambition.

“Remember that Moyo was among the key drivers of (Pelonomi) Moitoi’s bid for the BDP presidency (in 2019),” says one source inside the party. “He already has good support from within the party, the only problem being that he decided to join the BPF a little late after the general elections. But he is progressing well so far.”

An interesting twist in the BPF factions is that the party’s Secretary General, Roseline Panzirah-Matshome, has reportedly fallen out with Butale so seriously that she is barred from attending Central Committee meetings.
Panzirah-Matshome and Moyo come a long and it would be little surprising if she has been working from her pivotal position to cultivate the ground for Moyo to become BPF president.

But as plotters allegedly work for his downfall, Butale seems to be playing his cards close to his chest. He told The Botswana Gazette that he was still undecided whether to run again for the party presidency. Some of his associates in the party also say some members are “double agents” working for the ruling Botswana Democratic Party (BDP).
These spies have been accused of encouraging tensions inside the BPF for the benefit of the BDP to whose leadership they report their progress. In the midst of this dissonance, allegations are also emerging that Butale has been failing to account for party funds and merchandise.

Meanwhile, the MP for Serowe West, Tshekedi Khama, who is party patron Ian Khama’s younger brother, is also fancying his chances of becoming the next president of the BNF. It is understood that some members have approached “TK,” as Tshekedi is affectionately known, to challenge Butale.

TK has himself been mum about making a bid or otherwise for any BPF Central Committee position. His phone rang unanswered on Tuesday this week.

Employers Can Help You Pay Tax On Rent 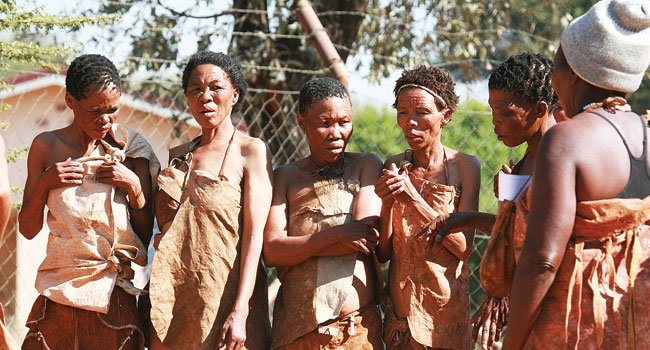