About 49 residents of Tshwaane Village, 20km from Moshupa, are having sleepless nights in the countdown to their houses being demolished.

Tshwaane is a small village with a population of 299 people; 11 adjacent settlements that it services have altogether a population of 599 people. This community wants their settlement to be formally recognised considering, the size of the population and the services that the government has so far provided.

[highlight color=alternative] The Gazette [/highlight] is in possession of the High Court and Ngwaketse Land Board orders instructing the residents of Tshwaane who are said to be occupying their land illegally to vacate their plots.

The Ngwaketse Land Board on the 19th February 2013 gave the residents of Tshwaane 60 days to “vacate the plots they have occupied illegally”.

“Failure to comply will result in being forcefully removed from the said plots,” the letter stated.

And the Registrar of the High Court directed, “to remove and evict with immediate effect all the defendants from the land in Tshwaane area in the Ngwaketse Tribal territory and restore possession of the said land to plaintiff, which repossession plaintiff obtained by judgement of this Court dated 15th January 2013 in the above mentioned case, and also according to law, besides all your costs thereby incurred.”

In an interview with [highlight color=alternative] The Gazette [/highlight] on Monday, Tshwaane’s Kgosi Motshamekalebera Loikotlhae Baiteri, said their area is known to be, and should be recognised as a village, just like any other village in Botswana.

“Our voices should be heard, and if there is a problem or something that we did wrong, we should be clearly told to work it out.

“If other Batswana can be taken out of poverty, why are we being drawn into this monster of poverty?” Baiteri asked.

He said the government, having brought services to their area such as a primary school, a clinic, a village development community office, a water and a kgotla, to name a few, Tshwaane should be recognised a village.

“We have engaged Ditshwanelo and the legal aid to help us through engaging with the relevant authorities, asking them to have mercy and not demolish our homes as we have nowhere else to go,” he added.

It is understood that the residents wrote a letter to the President in the first week of March 2013, asking to meet him. The letter is said to have been routed via the Moshupa sub-Council and the District Commissions’ office, who were to make the appointment, to but to date the residents have not been given any feedback.

Another resident who faces eviction, Seipitlo Gabanathuso, said she is having sleepless nights as she does not know where she and her family will go. “We do not want to lose our homes. I have four children schooling here at the Tshwaane Primary School and toddlers; I do not know where I will take them,” she said.

Kgosi Oscar Mosielele, under whom the settlement falls, said it was depressing to see people losing their homes which they have built at a high cost, and in which they have stayed for years.

He said Tshwaane was a well known settlement in which the government had built agriculture offices, a fully fledged school and a clinic. He said the settlement needs to be recognised as a village as it has a total population of 1000 people.

“Demolition of the houses is not a solution; rather it creates more problems. It will endanger the welfare of the community. It now becomes our responsibility as community leaders to ensure that these people have shelter; and where are we going to get tents from?” he asked.

He added that this is a matter that requires President Ian Khama’s intervention, in consideration of the peoples’ welfare.

Kgosi Mosielele said the evictions go against what the President said in one of his kgotla meetings last year – that Councils should consider if such settlements cannot be given a special dispensation. The planned demolitions, he said, clearly show that some authorities have not considered the Presidents’ advice.

He also expressed disappointed that a Ditshwanelo agent had failed to show up in court until the court had ordered the evictions.

It is understood that the order was issued without the knowledge of the defendants’ legal representative. “Last week we renewed contact with Ditshwanelo; the organisation will file a fresh application,” Kgosi Mosielele said.

Tshwaane residents’ lawyer Joram Matomela of JJ Matomela Attorneys, who has been engaged by Ditshwanelo, confirmed that he will file an urgent application on Wednesday for the evictions to be revoked.

“Our submission is that the court must be given the opportunity to adjudicate on issues… these people have occupied the area before the Land Board came into existence and the tribal authorities knew about their occupation,” he said.

“It is unfortunate that they engaged an attorney at a very late stage as they had no resources; these are poor and under resourced people. They do not have the necessary financial muscle to fight the Land Board,” Matomela added. 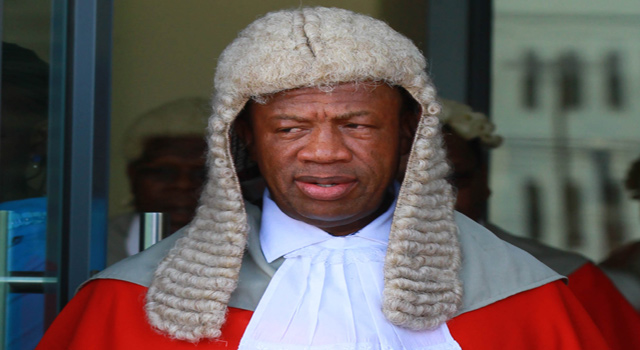